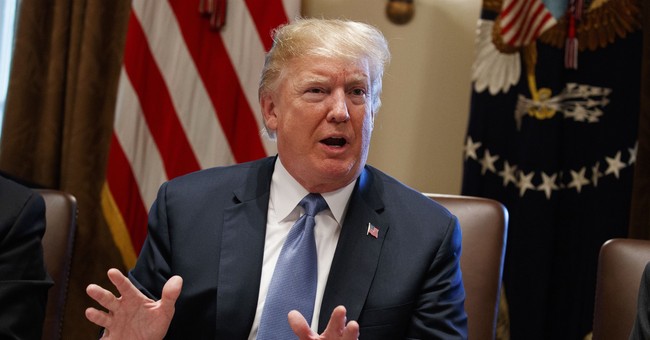 The Rhode Island state Senate passed legislation this week that would require presidential and vice presidential candidates to release five years’ worth of tax returns in order to appear on the state’s ballot.

State senators voted 34-to-3 in favor of the legislation.

Trump has argued repeatedly that he could not release his tax returns because he was being audited.

"I've had it for years. I get audited. And obviously if I'm being audited, I'm not going to release a return," he said. "As soon as the audit is done, I love it."

He later added: "Tax experts throughout the media agree that no sane person would give their tax returns during an audit. After the audit, no problem!"

Tax experts throughout the media agree that no sane person would give their tax returns during an audit. After the audit, no problem!

In interview I told @AP that my taxes are under routine audit and I would release my tax returns when audit is complete, not after election!

Goldin argued the release of candidates’ tax returns is necessary because they “provide essential information about candidates’ conflicts of interest” and provide voters important information they should know when they vote.

But Republican Sen. Elaine Morgan pushed back against the legislation, questioning why a presidential candidate should have to hand over their tax returns as a prerequisite to running for office when the state's lawmakers aren't required to do so.

Other politicians, including Independent gubernatorial candidate Joe Trillo, criticized the bill as well.

Trillo, who served as chairman of Trump's campaign in Rhode Island in 2016, earlier this week called the legislation "one of the most absurd things I've ever heard of," adding that Goldin should be "ashamed" of the bill.