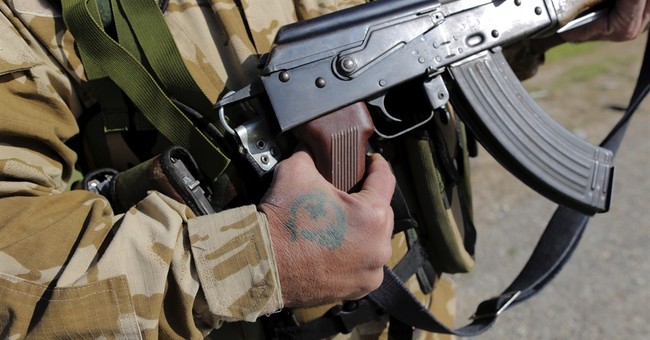 Iraq’s Christians have had enough. ISIS has destroyed their families, taken their lands, and worse yet, the group’s barbarism shows no signs of abating. Having been abandoned by government forces once last summer, they’re now taking matters into their own hands.

Hundreds of Christian men are picking up rifles for the first time at a former U.S. military facility in the hills of northeast Iraq and training to reclaim their towns from Islamic State militants who stormed the country last year.

Fresh recruits to a new Iraqi Christian militia said their families were abandoned to militants by government forces last summer and they seek to create a force that will keep their towns and villages safe even after Islamic State is defeated. “I want to defend our own lands, with our own force,” said Nasser Abdullah, 26 years old, who is helping lead younger recruits in training.

Sunni neighbors in nearby villages, the recruits said, supported the Sunni extremists of Islamic State as militants seized one Christian village after another in the Nineveh plains, where Iraqi Christians and other minorities live.

“Those who betrayed us won’t be allowed to live among us,” said Firas Metr, a 27-year-old electrician and recruit with no military experience. “We need to protect ourselves, now and in the future.”

More than 2,000 men have joined the militia so far, which has been operating on donations, mainly from the Assyrian diaspora. The group hopes to receive financial support from the U.S., Kurdish, or Iraqi governments.

In the meantime, however, the WSJ notes that through a nonprofit organization, several Americans who served in the U.S. military are involved in helping train the men, though they declined to give their names or identify the nonprofit to protect them from ISIS.

One of the American trainers, 28 years old, said U.S. officials in Erbil were briefed on the Christian militia but weren’t involved. U.S. officials didn’t respond to requests for comment.

“The Americans want to stay away from this because their view is, if you train the Christians, you’re starting some crazy religious war,” he said. “Well, ISIS beat you to it.”

“This is a fight to take back and come back to our land,” Yonadam Kanna, a member of the political party leading the training, told the WSJ. “It’s as though our roots of thousands of years have been pulled out of the ground.”