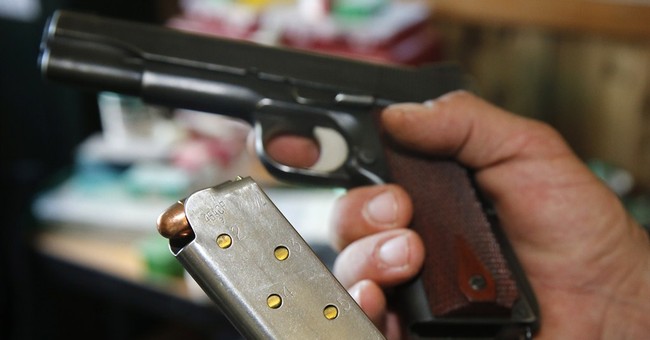 Continuing the fight to defend the constitutional rights of all law-abiding citizens, the Second Amendment Foundation filed a lawsuit this week challenging D.C.’s highly restrictive concealed carry law, which requires that applicants show a “good reason” for needing the permit.

The foundation filed the lawsuit on behalf of three men who were denied permits by the Metropolitan Police Department because they failed to demonstrate “a good reason to fear injury to person or property.”

According to the lawsuit, “individuals cannot be required to prove a ‘good reason’ or ‘other proper reason’ for the exercise of fundamental constitutional rights, including the right to keep and bear arms.”

“The city has set the bar so high that it relegates a fundamental civil right to the status of a heavily-regulated government privilege,” Alan Gottlieb, executive vice president of the foundation, said in a statement. “That is not only wrong, it also does not live up to previous court rulings. Law-abiding citizens who clear background checks and are allowed to have handguns in their homes are being unnecessarily burdened with the additional requirement of proving some special need.”

“The last time we checked,” he added, “we had a Bill of Rights that applied to the entire nation, including the District. It’s not, and never has been, a ‘Bill of Needs’.”

In the meantime, the District of Columbia has appealed its earlier loss in the SAF-sponsored Palmer v. D.C. case, which struck down the city’s total ban on carrying handguns. SAF is still awaiting a ruling on their claim that D.C.'s may-issue carry law violates the Palmer injunction.

“We will give the courts every chance to bring Washington, D.C. into constitutional compliance,” attorney Alan Gura, who represents SAF and the other plaintiffs in both cases, said in a statement.