Obama Admin Apparently Considers Israel One of Most ‘Unacceptable’ Countries 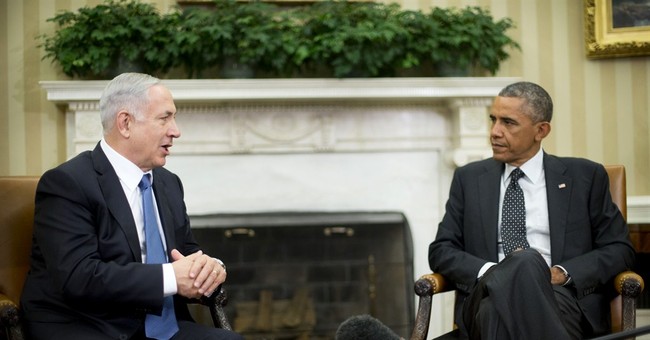 In an article explaining why North Korea is not a state sponsor of terrorism, Foreign Policy calls for the U.S. to do away with this old classification in favor of a new designation: the “Unacceptables List.”

“This category would cover all foreign governments whose actions U.S. officials routinely deride as “unacceptable,” but then do very little in response to prevent or deter those actions from reoccurring,” the article states before going on provide a few examples.

Hmm, notice how our “strongest ally and greatest friend” is sandwiched nicely between a communist dictatorship and a safe haven for terrorists? Israeli news website Ynetnews did:

Most of the condemnations relating to Israel involved building in settlements or the announcement of plans to construct additional housing behind the Green Line. Government spokespeople also castigated Israel for civilian casualties during Operation Protective Edge. […]

The US State Department is not the only entity in the international diplomacy arena that tends to recycle certain phrases. Ynet found that UN Secretary General Ban Ki-moon used the word "concerned" 140 times in 2014 in statements responding to events. Israel and Palestine were the most concerning places of 2014, with 19 press releases using the term.

"The absurd and arbitrary way in which the United States condemns her allies more than her enemies only serves to render Washington’s pronouncements meaningless in the eyes of most Israelis," Israel Today's David Lazarus writes.

After all, he observes, "How can building homes in Jerusalem be condemned on par with the actions of nations repeatedly engaged in aggressive and murderous violence towards their own civilian populations with absolutely no regard for human rights?“