Scalia: The Constitution Says Nothing About Torture 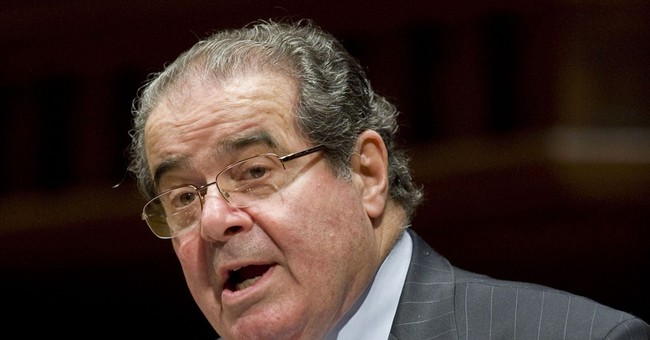 Senate Democrats released a highly controversial report on the CIA’s post-9/11 Enhanced Interrogation Techniques this week and the pushback was swift. Critics took issue with everything from the partisan nature of the report, to the fact that CIA operatives were not even interviewed, to the conclusion that the EITs were not an effective means of acquiring intelligence.

Regarding the actual tactics, there’s no way around the fact that they were unpleasant and in some cases downright disturbing. But what about their constitutionality? Supreme Court Justice Antonin Scalia weighed in on Wednesday, saying that the Constitution itself is actually silent on the matter.

Supreme Court Justice Antonin Scalia is joining the debate over the Senate's torture report by saying it is difficult to rule out the use of extreme measures to extract information if millions of lives were threatened.

Scalia tells a Swiss radio network that American and European liberals who say such tactics may never be used are being self-righteous.

The 78-year-old justice says he doesn't "think it's so clear at all," especially if interrogators were trying to find a ticking nuclear bomb.

Scalia says nothing in the Constitution appears to prohibit harsh treatment of suspected terrorists.

CIA Director John Brennan reminded Americans this week that in the immediate aftermath of 9/11, the intelligence agency was “looked to for answers.”

“Indeed, there were numerous, credible and very worrisome reports about a second and third wave of major attacks against the United States,” he said, “And while we grieved…we feared more blows from an enemy we couldn’t see and an evil we couldn’t fathom. This is the backdrop against which the agency was directed by President Bush to carry out a program to detain terrorist suspects around the world.”

He also reminded people that the program was authorized by the Bush administration and the Department of Justice. Only after President Obama took office, he continued, was the use of EITs banned.

Interestingly, more Americans believe the public release of the report on the EITs is more harmful to U.S. interests than the actual tactics themselves.