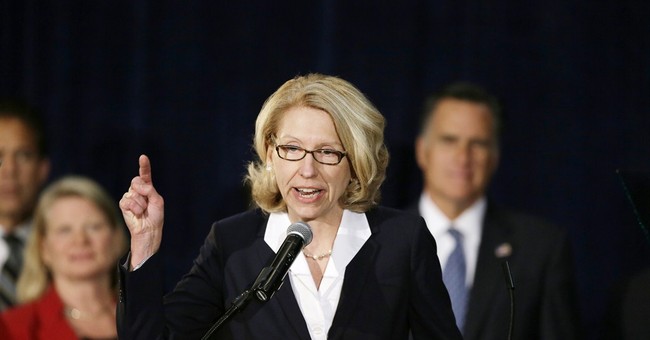 Senate hopeful Terri Lynn Land’s campaign is refusing to sit down with the Detroit Free Press for an endorsement meeting unless the paper changes an Oct. 4 column with sexist commentary about the former secretary of state. The column, written by Brian Dickerson, said that Land was as accessible “as a music video diva recovering from plastic surgery.” Now, the paper is calling that request a form of blackmail.

"You will never see us acquiesce to this sort of blackmailing in the way to try and condition an endorsement interview on some sort of effort on our part — that’s just not how we do things," Free Press editorial page editor Stephen Henderson told Politico. "I have never seen a campaign condition an endorsement interview on an apology for a column before. I’m beyond puzzled, mystified would be the right word."

Henderson said the Land campaign has "dodged" their request for an endorsement interview for more than a month. After sending an initial invitation in late September and answering some questions from the campaign, the paper sent a second invitation on Oct. 6.

In the Oct. 4 op-ed, Dickerson, who also sits on the Free Press editorial board, wrote that Land has been accessible "up to this point in her campaign as a music video diva recovering from plastic surgery." He also called a radio interview Land participated in "a maddening exercise in evasion, obfuscation and incomprehensibility."

Henderson said the Land campaign did not reach out to him after Dickerson's column ran, and that he doesn’t think they “have any intention to come in.”

"This is a way to try and make it look as though we‘ve done something to prevent her from coming in here, but in fact, this request has been out there for more than month," Henderson said.

The Land campaign said in the email they have met with the editorial boards of MLive and the Detroit News and are planning to meet with the Lansing State Journal, the Battle Creek Enquirer and others before Election Day.

“Rather than admit they’ve demeaned a woman and apologize, the Detroit Free Press has doubled down,” Land campaign spokeswoman Heather Swift said in a statement. “They should stop gaslighting a woman, and own up to what they did. One more thing: We’re not ducking editorial boards—we’re meeting with every major paper in the state. The Detroit Free Press Editorial Board should stop acting like they are in an episode of Mad Men, and apologize. Of course our campaign has the right to expect a fair and respectful environment from any interview and following the sexist comments and absurd claims of blackmail we do not feel their actions are living up to those standards and we respectfully decline."