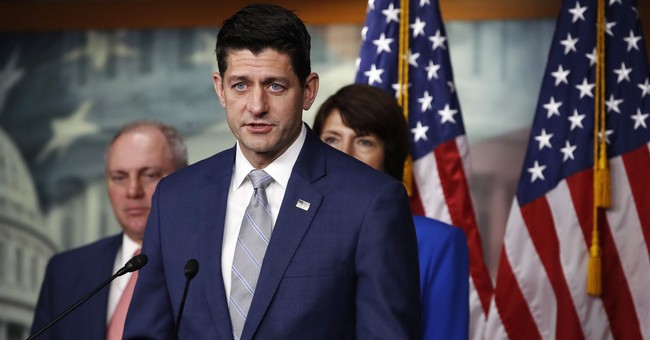 House Speaker Paul Ryan (R-WI) commented Thursday on the sexual abuse and cover-up scandal that is rocking the Catholic church. Ryan, a practicing Catholic, said the church is in need of “total transparency and total accountability.”

“Second,” he continued, “as a practicing Catholic the last thing that this needs to be is become relegated to a fight between the Catholic left and the Catholic right. This needs to be elevated to truth and justice, that means cleanse the problem with total transparency and total accountability so that the healing can begin and so that the church can renew itself.”

Some in the media and even some cardinals have attempted to characterize those seeking answers about the scandal as members of right-wing groups targeting the pope. Cardinal Blase Cupich of Chicago even claimed that people were criticizing the way the pope was silent on allegations of abuse and cover-up because he was “Latino.”

The pope came under scrutiny after his former apostolic nuncio to the United States, Archbishop Carlo Maria Viganò, accused him of knowing about and ignoring sanctions placed on then-Cardinal McCarrick by Pope Benedict XVI due to his sexual misconduct with seminarians. In his letter, Viganò called on the pope to resign.

The pope initially said he would not say a “single word” on the accusations and refused to even answer a question about when he first knew of McCarrick’s behavior. He told journalists to read Viganò’s letter and make their own conclusions. The Vatican has since said he will make a "clarifying" statement.

Viganò's accusations came on the heels of a Pennsylvania grand jury report which detailed over 1,000 instances of sexual abuse by 300 priests and cover-ups by bishops.

“I pray and hope that the church gets this right,” Ryan emphasized of the situation overall, “I think Cardinal DiNardo who is the head of the USCCB…from what I can see is on the right track and I pray for him as he goes to the Vatican.”

The pope did meet Thursday with Cardinal Daniel DiNardo and Cardinal Sean O'Malley, the pope's top adviser on clergy sex abuse. Cardinal DiNardo requested the meeting with Pope Francis in order to discuss the allegations in Viganò’s letter which, he said in a statement, deserve answers.

Just prior to their meeting, the pope accepted the resignation of West Virginia bishop Michael Bransfield and has authorized an investigation into allegations that he abused adults. Bransfield was also accused of abusing minors during a sex abuse case in 2012. He has repeatedly denied those allegations.

When asked if he believed the church’s leadership was trustworthy, Ryan said, “I don’t know the facts, but the facts need to come out. That’s the point I’m trying to make.”