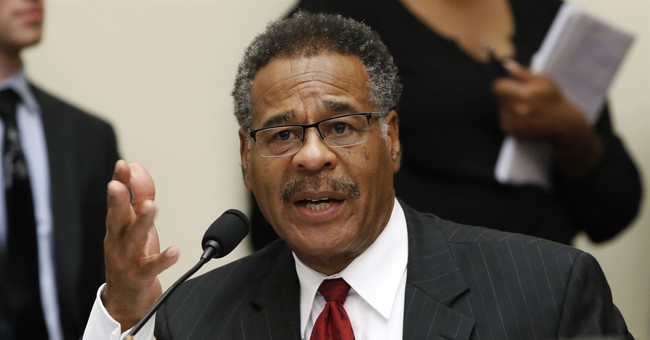 Rep. Emanuel Cleaver (D-MO) told Fox’s Neil Cavuto Tuesday that the media has been over-hyping the idea that the Democratic Party is moving to the left and argued that they have basically deified Democratic socialist Alexandria Ocasio-Cortez after her stunning primary victory over the fourth-ranking House Democrat Rep. Joe Crowley (D-NY).

Cavuto asked if the “hard left Bernie Sanders-type approach,” including ideas like universal healthcare and abolishing Immigration and Customs Enforcement, was the way the Democratic party should go.

"I didn’t support Bernie Sanders for president. I supported someone else," Cleaver emphasized in reply, referencing Hillary Clinton. "I think in some ways the media has pushed the young woman who was victorious in the New York congressional race against Joe Crowley to the point that she has been made out as some kind of deity."

Cleaver said that’s where “this whole issue of ICE versus ISIS arose,” calling it a “ridiculous issue,” in reference to a controversial video by comedian Michelle Wolf comparing the two.

"Obviously, in the Democratic Party, you’re going to have people that would like to pull the party to the far left," he added. "That’s not where America is."

Cleaver concluded that the polarization that results from Democrats moving farther left would do “enormous damage” to the country.

"It does enormous damage to the fabric of the nation, and neither side is going to benefit," he said. "Look, nobody in America who is thoughtful can say the American public stands together because we don't. Every day we find a little piece of something to tear us further apart."

"It's ascendant in that district perhaps,” Pelosi said, “but I don't accept any characterization of our party presented by the Republicans. So let me reject that right now."

"They made a choice in one district," she emphasized. "So, let's not get yourself carried away as an expert on demographics and this or that within the caucus or outside the caucus.”