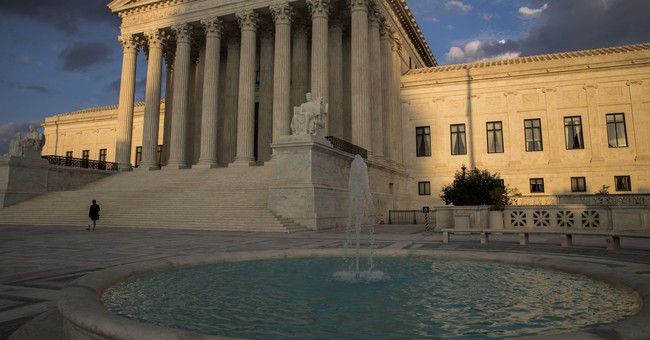 The Supreme Court declined to take up a North Carolina case on partisan redistricting over a heavily Republican congressional map Monday. The high court struck down a lower court opinion invalidating the congressional maps and sent the case back down to a three judge panel in North Carolina to examine if Democratic voters had legal standing to challenge them in light of their recent opinion in a similar Wisconsin case.

In that case from Wisconsin last week, the justices ruled that the Wisconsin voters who sued over the Republican-drawn legislative districts did not prove they had legal standing to challenge them.

Unlike the Wisconsin case, however, the North Carolina lawsuit is from voters in each of the state’s congressional districts in addition to the Democratic Party.

The high court also punted on a redistricting case out of Maryland last Monday from GOP voters arguing the electoral map was unfairly drawn to favor Democrats. The justices sent that case back to the lower courts in an unsigned opinion.

In another ruling this Monday, the Supreme Court upheld Texas’s redistricting of electoral districts that a lower court had struck down as racially discriminatory. The high court ruled 5-4 that only one of the districts in the four counties in question was drawn with discriminatory intent.