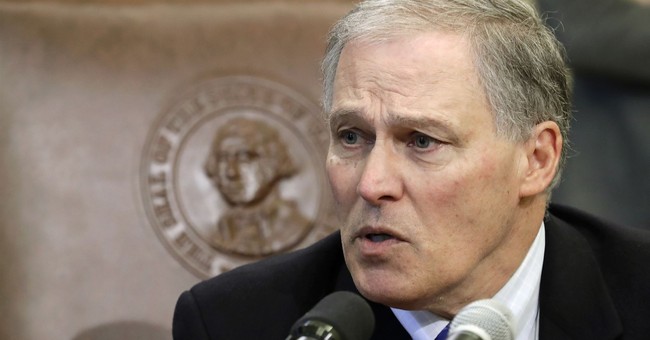 The governors called the rule “reckless” and inform Azar that if it is “finalized as written, we will have no choice but to explore all possible avenues, including legal options, to block it from harming the women in our states."

"We stand with women and men in our states by rejecting this Administration’s efforts to interfere in the doctor-patient relationship, gut women’s access to family planning services, and force medical professionals to knowingly withhold information from their patients," they wrote, led by Washington state Gov. Jay Inslee, chair of the Democratic Governors Association.

Despite the fact that abortion counseling is still permitted under the proposed rule, the governors claimed it “is nothing more than a domestic ‘gag rule.’”

The White House even released a statement last week, emphasizing, “contrary to recent media reports, HHS’s proposal does not include the so-called ‘gag rule’ on counseling about abortion that was part of the Reagan Administration’s Title X rule.”

"If the federal government breaks its commitment to states in the Title X program, we will react in kind and do what is necessary to protect the health of our constituents,” the governors concluded in their letter. “We call on all Americans to actively and aggressively oppose this proposed action."