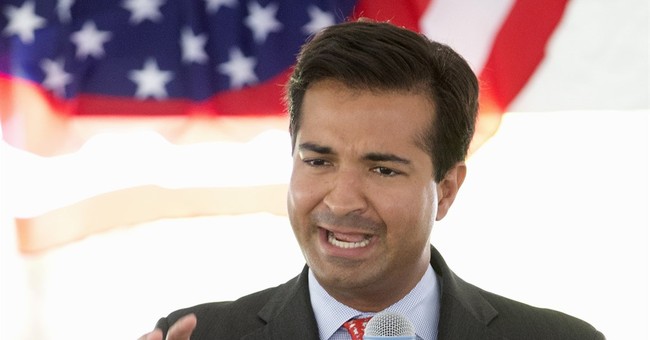 CHC spokesperson Carl Paz Jr. read a statement saying the group "isn’t just an organization for Hispanics; it is a Caucus that represents certain values. This vote reflects the position of many of our members that Rep. Curbelo and his record are not consistent with those values.”

Curbelo reportedly caused dispute among members of the CHC by having yet to sign on to the Dream Act.

According to Politico, CHC members also said their decision was affected by a private argument between Curbelo and CHC Chairwoman Michelle Lujan Grisham (D-N.M.), in which he accused her and the caucus of discriminating against him.

Curbelo issued a statement Thursday both in English and Spanish asking why the CHC wants to "build a wall" regarding his exclusion from the group.

“It is truly shameful the Congressional Hispanic Caucus has decided to build a wall around the organization to exclude Hispanic-Americans who aren’t registered in the Democratic Party,” he said. “This sends a powerful and harmful message of discrimination, bigotry, and division. Unbelievably, petty partisan interests have led the CHC to formally endorse the segregation of American Hispanics. It is a dark day on Capitol Hill. However, this only strengthens my commitment to working with my colleagues on both sides to urgently seek a solution for young immigrants in the DACA Program.”

In his letter Monday asking to join the group, Curbelo wrote that he respects they “will sometimes have a difference of opinions on legislative strategies and goals – that is inevitable when working in the world’s greatest deliberative institution. But I believe a broader discussion, reasonable debate and diversity of thought will ultimately help the Caucus – and the entire Congress – achieve better, long-lasting legislation that can actually become law in this divisive political climate.”