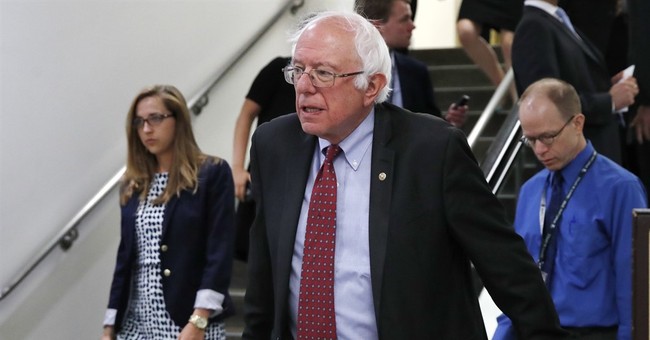 Senator Bernie Sanders (I-VT) told The Washington Post Monday that single-payer healthcare is not a litmus test despite recent reports to the contrary.

“Is this a litmus test? No, you have to look at where candidates are on many issues,” Sanders said. “But you’re seeing more and more movement toward ‘Medicare for All.’ When the people are saying we need healthcare for everyone, as more and more Americans come on board, it will become politically possible.”

Sanders emphasized that he had an “inside/outside strategy,” in which he tried to attract support for single-payer from his colleagues but depends on a push from activists to make single-payer possible.

“Could people run? Sure,” Sanders said of the Democrats who don’t back single-payer. “Do I think they can win without supporting single-payer? I’m skeptical. Among the people who consider themselves progressive, who vote in the primaries, there’s clearly movement toward Medicare for All.”

“People are saying ‘the ACA did some good things, and the Republicans wanted to throw 22 million people off of it,’” Sanders added. “That’s an absurd idea to most people.”

The Washington Post wrote in June on the enormous cost of single-payer, noting that “when Sen. Bernie Sanders (I-Vt.) proposed a “Medicare for all” health plan in his presidential campaign, the nonpartisan Urban Institute figured that it would raise government spending by $32 trillion over 10 years, requiring a tax increase so huge that even the democratic socialist Mr. Sanders did not propose anything close to it.”