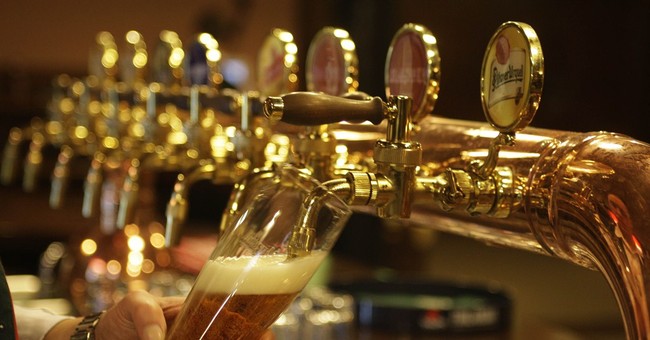 There is a broad movement in Congress right now to give beermakers across the country a fairly large tax break. But there's also a pretty big fight over how large and what the best tax break policy is.

The Fair BEER act, on the other hand, installs a laddered rate for all breweries, large and small, foreign and domestic, and installs a 0% tax rate for the smallest brewers. This is actually a bigger tax cut for small and medium-size breweries than the BREW Act, but because it extends those tax cuts to the largest brewers as well, the craft beer industry is against it.

The craft brewers are engaging in shameless economic protectionism in their rationale, as well. As Brewers Association President Bob Pease told the Center for Responsive Politics:

Lower taxes on all beer would be a boon to all Americans. The Small BREW Act is a carve-out for small- and medium-sized domestic breweries. It's probably an improvement on the status quo, but the Fair BEER Act is more than an incremental improvement. It levels the playing field and doesn't give preferential tax treatment status to anyone.