Government Definition of "Eating Healthy" May Soon Be Driven By Environmentalism 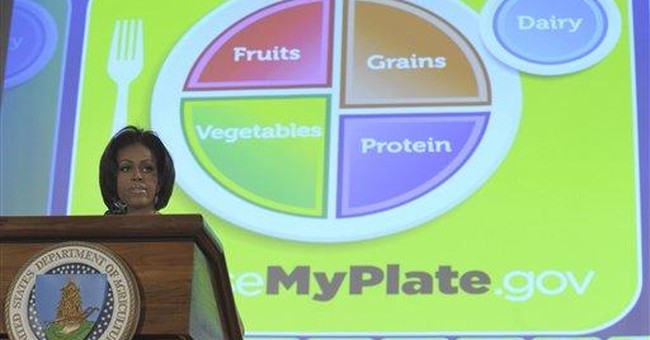 If someone were to ask what it means to eat healthily, you might respond that it's about managing the proteins, carbohydrates, fats, salts, vitamins and other essential nutrients of food that you put into your body.

Environmentalists would say you'd be wrong.

A new movement is pushing the federal government to change their standards of what "eating healthily" means to include what's best for the environment, not necessarily what's best for you to put into your body. Under guidelines like this, eating lean meats would be de-emphasized because farming meat is really terrible for the environment, even if actually eating lean meats is really good for you.

As the Associated Press reports:

An advisory panel to the Agriculture and Health and Human Services Departments has been discussing the idea of sustainability in public meetings, indicating that its recommendations, expected this month, may address the environment. The two departments will take those recommendations into account as they craft the final dietary guidelines, expected by the end of the year.

A draft recommendation circulated by the advisory committee in December said a sustainable diet helps ensure food access for both the current population and future generations. A dietary pattern higher in plant-based foods and lower in animal-based foods is "more health promoting and is associated with lesser environmental impact than is the current average U.S. diet," the draft said.