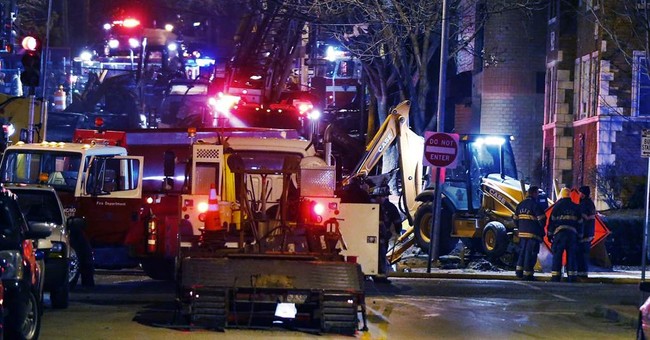 Over at the Daily Beast, Philip K. Howard writes about the regulations that prevent potential good samaritans from actually helping people in need. It's tragic:

In January 2014, a lifelong District of Columbia parks employee, Medric Mills, collapsed while walking with his grown daughter. They were across the street from a fire station, close enough for his daughter to yell for help. Mills was lying on the sidewalk, dying, right in front of people trained to save him. But they refused to cross the street to help because, they told bystanders, the rules required them instead to call 911. By the time the ambulance arrived, over 10 minutes later, it was too late—Mills died soon after arriving at the hospital... In 2011, firemen in Alameda County refused to rescue a suicidal man who had swum out to sea because they hadn’t yet been re-certified for “land-based water rescues.” Therefore, they explained to passers-by, it would be illegal for them to try to save the man’s life.

We see it every day. Teachers are told never to put an arm around a crying child. Principals are required to suspend students who did nothing wrong, such as the seventh-grader who had “possession” of a pill for one second before immediately rejecting the supposed gift. Employers don’t give job recommendations. Children are barred from playing tag. Doctors are prohibited from doing what a patient needs by rigid practice guidelines. Social workers can’t rescue a child from a dangerous home because of mandatory waiting times. Workers escaping the Deepwater Horizon explosion couldn’t cut loose the lifeboat and nearly died because of a rule that prohibited them from carrying a knife.

The way this sounds, it's absolutely absurd. Though Howard gets a few things wrong - he says of regulation like this, "each alone seems logical in the abstract." That's not true. A lot of these sound absurd on their face, even without considering some unintended side effects.

One of the examples he gives is that there are "six pages on federal wooden ladder regulations" if one wants to use a ladder in a workplace. That's the gravity of how bad some health and safety regulations have gotten.

Though I'll add this isn't solely about useless federal regulations. It's likely because Americans have become an incredibly litigious people, and employers - including the government - are very, very risk-averse. If one of those firemen who hadn't been trained for water rescues, for example, attempts a rescue that then goes awry, will he get sued? Will the fire department get sued for allowing one of its employees to attempt a water rescue without proper training? The idea that someone might sue in the event of a tragedy involving an improperly trained rescue worker sounds... very plausible to me.

It's hard to know for sure, and it's hard to actually parse out a hard-case tragedy like this; it's definitely harder than it seems on first glance. Regulation is strangling potential Samaritans, but it's not always big-government nannies forcing it. American litigiousness plays a big role.