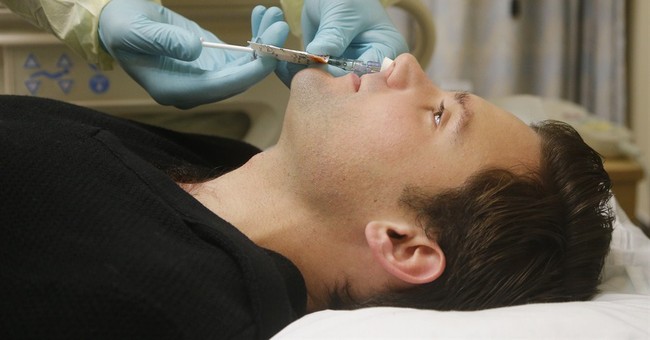 What's interesting is that Boehner's office touts increased funding for the National Institutes of Health as a reason to support the bill:

NIH funding has been something conservatives have tried to target in the past as a place for the government to save money. Sen. Tom Coburn's "wastebook," which chronicles government spending waste, has repeatedly singled out NIH funding as wasteful.

This isn't a new hobbyhorse for conservatives either. In 2005, Townhall columnist Terry Jeffrey pointed out a "yoga study" funded by the NIH as an example of how the bureaucracy of government-funded science was wasteful.