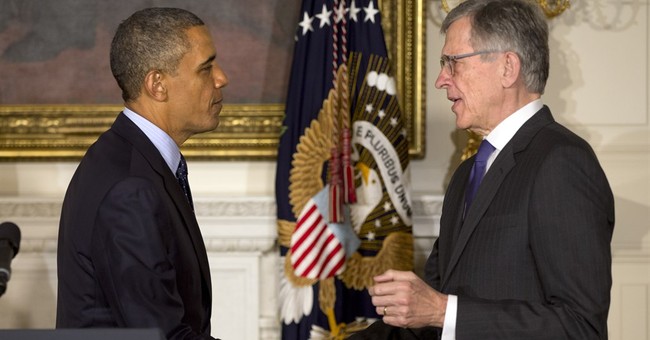 Federal Communications Commission Chairman Tom Wheeler yesterday was reported to have told major internet companies that the President's call for Title II reclassification was not the regulatory approach he favored for net neutrality. As the Washington Post reported:

Huddled in an FCC conference room Monday with officials from major Web companies, including Google, Yahoo and Etsy, agency Chairman Tom Wheeler said he preferred a more nuanced solution. His approach would deliver some of what Obama wants but also would address the concerns of the companies that provide Internet access to millions of Americans, such as Comcast, Time Warner Cable and AT&T.

“What you want is what everyone wants: an open Internet that doesn’t affect your business,” a visibly frustrated Wheeler said at the meeting, according to four people who attended. “What I’ve got to figure out is how to split the baby.”

Title II reclassification is a kludgey approach to policymaking in this arena - the equivalent of using a hydrogen bomb to attack a mole hill. The prospect of a non-neutral internet is mostly a fantasy at this moment, and reclassifying broadband services into "common carriers" would give the federal government a massive and unwieldy regulatory arsenal to bring to bear upon the industry.

While the FCC chair is appointed by the President - and Tom Wheeler is no exception here - it's supposed to be an independent agency, not one that's beholden to the executive branch. President Obama's public exhortation for the FCC to reclassify broadband services is an impressive use of his bully pulpit to try to nudge the independent agency to do his bidding.