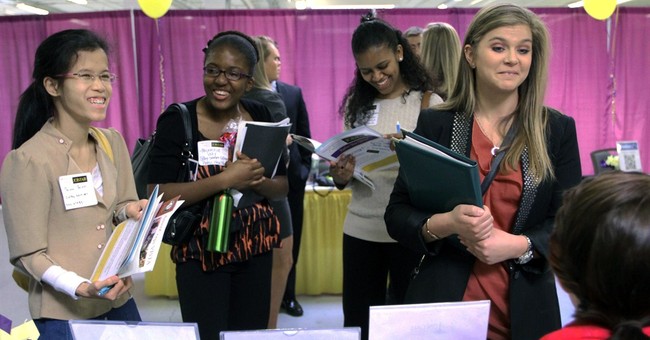 President Obama has long considered college enrollment as a worthwhile goal for public policy. But college in and of itself isn't a panacea - results matter. And the negative outcomes for the students who struggle in college is outsized to some of the benefits.

As Robert VerBruggen writes at RealClearPolicy:

By the end of their first year, more than a tenth of college students have shown they almost certainly don't have what it takes to graduate, earning a C average or less -- and fewer than half of students have at least a two-thirds chance of making it, which corresponds to an A to B average.

Remember, these kids are self-selected -- they're the ones who decide, based on their performance in high school and the incentives in front of them, that going to college is a good idea. If we change the incentives to push even more kids into college, those kids will be even worse off, on average.

VerBruggen was writing about new policy prescriptions from Inside Higher Ed that analyzes the at-risk students. Students who end their first year of college with a GPA in between 2.0 and 3.0 - between a B and a C - graduate at surprisingly low rates.

First-year G.P.A., the researchers contend, offers a powerful indication of a student’s chances of graduation. Students who end their first year with a G.P.A. of 2.0 or lower are unlikely to graduate despite the best efforts of their colleges, Venit said. Students with a G.P.A. of 3.0 or above, on the other hand, graduate in high numbers.

But there’s also a third group: the students who end their first year with a G.P.A. between 2.0 and 3.0, who make up nearly half of total dropouts. Their fates are more uncertain. These students belong to what Venit and his colleagues call the “murky middle.”

As I wrote for Townhall Magazine earlier this year, college isn't for everyone - and the downsides of incentivizing marginal students to take risks and loans to go can be devastating.