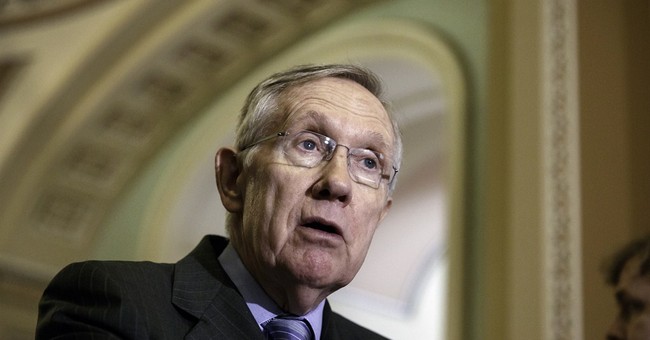 With Democrats scared that they're going to lose the Senate in the November 2014 elections, they've been very hesitant to actually legislate. Doing so would require some of their members to actually take a position on some important issues, and in response to that, they're just grinding everything to a halt.

Senate Majority Leader Harry Reid, D-Nev., now is requiring an elusive 60-vote supermajority to deal with amendments to spending bills, instead of the usual simple majority, a step that makes it much more difficult to put politically sensitive matters into contention. This was a flip from his approach to Obama administration nominees, when he decided most could be moved ahead with a straight majority instead of the 60 votes needed before.

It's not just Harry Reid stopping action on the floor of the Senate. Even in the committee process, Democrats are halting action:

In the Appropriations Committee, long accustomed to a freewheeling process, chairwoman Barbara Mikulski, D-Md., has held up action on three spending bills, apparently to head off politically difficult votes on changes to the divisive health care law as well as potential losses to Republicans on amendments such as McConnell's on the coal industry.

While the AP describes this as a new trend, this is pretty par for the course in the Obama era. Harry Reid hasn't allowed Republicans so much as a hint of a say in the legislative process in the Senate. That's just how President Obama likes it, as well.

As the AP writes, the top Democrats that they're trying to protect are Mark Begich (Alaska), Mark Pryor (Arkansas), and Mary Landrieu (Louisiana). All three of them are considered some of the most vulnerable Dems this November.