When Economic Conservatives Come Out Against Tax Breaks 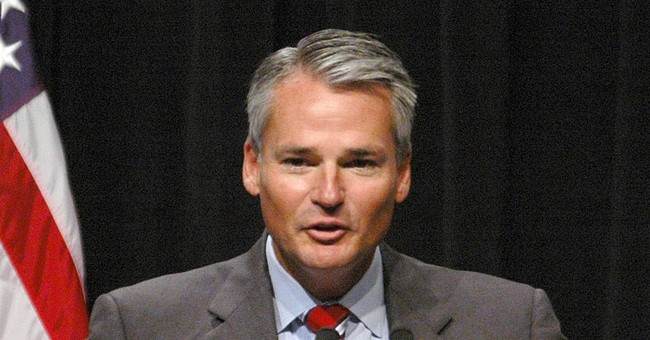 The U.S. tax code is an overcomplicated mess. Despite most Americans feeling like it's pretty easy to do, each taxpayer takes an average of 13 hours to do their taxes. This is highlighted by a chart from the Committee for a Responsible Federal Budget, based on Joint Economic Committee on Taxation data, on the number of temporary or expiring tax provisions in the code:

The conservative Club For Growth, a pro-economy advocacy organization, may come out against renewing these tax breaks. Former Congressman Chris Chocola, who is now the President of the Club For Growth, has said that they might score votes for temporary tax cuts as negative votes:

This is all a mistake. Congress needs to clean up the tax code and lower marginal rates across the board, but tax-extender legislation delays any serious reform. Congress should let the extenders expire permanently, and the Club for Growth, the free-market organization I run, intends to oppose the package. If a vote occurs, we'll likely include it on our annual congressional scorecard, which goes out to more than 100,000 of our members.

Many tax extenders are government spending disguised as tax breaks, such as a three-year depreciation for racehorses. Others amount to a kind of earmark: Sen. Chuck Schumer (D., N.Y.) just added the credit for Broadway plays. Tax-extender legislation is also the occasion for campaign contributions, as lobbyists donate to ensure their special treatment continues. Recently, a reporter tweeted a picture of the Senate Finance Committee markup of the tax extenders bill. The room was packed. It filled up so quickly that some lobbyists had to watch the proceedings in the hallway on their iPads.

There's widespread disagreement on what the Congressional Budget Office has characterized as "spending through the tax code," which Chocola notes here is "spending disguised as tax breaks." Jeff Sessions took issue recently with the definition, saying that "when you allow a person to keep money that they earn... I don't believe that's spending by the United States government." The Heritage Foundation's J.D. Foster has called the elimination of tax expenditures as a "third wave of tax hikes."

Chocola's introduction to his WSJ op-ed lays out some of the more egregious tax cuts in the temporary extenders legislation:

A $250-a-year subsidy for those who commute to work using New York's "bike share" program. Breaks for Broadway plays like "Of Mice and Men" starring James Franco and Chris O'Dowd, up to $15 million per production. A $71 million benefit for Nascar facilities. Billions in credits for the wind-energy industry.

And the CRFB laid out a breakdown of where these tax breaks are going: