Uh Oh: Did North Korea Threaten to Bail on Summit With President Trump? 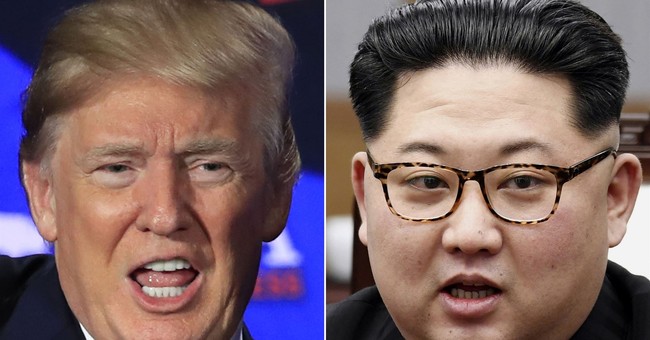 UPDATE: State Department spokeswoman Heather Nauert said the United States has received no official indication from North Korea about canceling the summit and plans to move forward as planned. She said the U.S. will not stop military exercises with South Korea and noted the exercise are normal, legal and planned well in advance.

North Korea has threatened to cancel the upcoming summit between Dictator Kim Jong Un and President Donald Trump. The summit is set for June 12 in Singapore, which President Trump officially announced last week.

The threat comes after North Korea pulled out of a meeting with South Korea, citing joint military exercises with the U.S.

#KimJongUn backing out on talks with #SouthKorea comes soon after his meeting with #China #XiJinping. This can't be a coincidence.

Something else not a coincidence: #KimJongUn acting up when #China trade negotiators in DC to talk to @realDonaldTrump

During an interview on Fox News Sunday over the weekend, Secretary of State Mike Pompeo previewed the summit and said the United States would offer economic aid to North Korea should the regime completely denuclearize.

The Thread That Shreds CNN's Fake News idiocy...And This Is Just the Tip of the Iceberg
Townhall
'OMG, this CAN'T be real'! Amy Siskind tries deleting tweet explaining why people can 'trust' military action under Biden and LOL (we got it!)
Twitchy
World Economic Forum Says ‘Lockdowns Are Quietly Improving Cities Around the World,’ What They Want Next Is Scary
Redstate
Virginia College Forfeits Basketball Game After Suspending Players For Kneeling During Anthem
PJ Media