Staring Down the Caravan: Sessions to Travel to San Diego Border 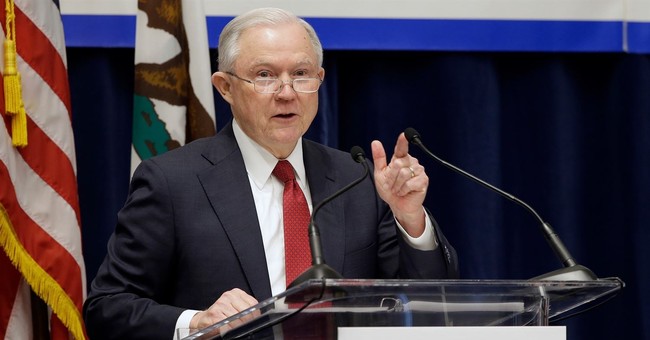 Attorney General Jeff Sessions will travel to California's southern border with Mexico Monday to send a message to members of the Honduran caravan demanding asylum. When he arrives, he will hold a press conference with ICE Deputy Director Thomas Homan and detail additional border enforcement efforts from the Trump administration.

Department of Justice prosecutors have already charged a number of caravan members with illegal entry into the United States. All members of the caravan claiming asylum have been processed at centers on the U.S. side of the border.

Last week Sessions announced dozens of new prosecutors and judges will be sent to California, Arizona, New Mexico and Texas to speed up processing time for illegal aliens and asylum claims. According to numbers from the Department of Homeland Security, illegal crossings are up by 200 percent compared to last year.

Meanwhile, the Justice Department continues its lawsuit against California for continuing sanctuary city and state policies.