Senate Intelligence Committee to The FBI: Give Us The Comey Memos 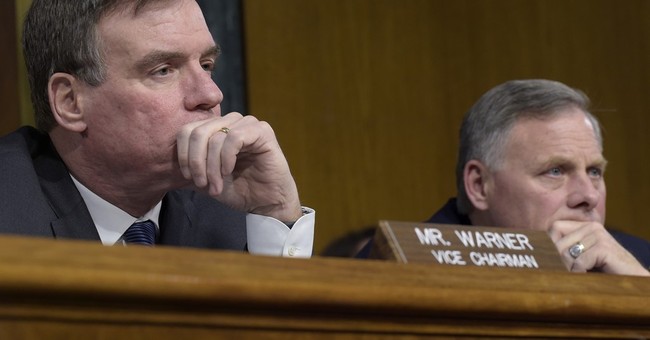 Fresh off of House Oversight Committee Chairman Jason Chaffetz calling for the FBI to turn over memos reportedly written by former Director James Comey, the Senate Intelligence Committee is doing the same as part of its larger investigation into Russian meddling in the 2016 presidential election.

"Today, the Committee sent two additional letters seeking information related to the Committee’s ongoing investigation.  The first was sent to former FBI Director James Comey seeking his appearance before the Senate Select Committee on Intelligence in both open and closed sessions.  The second was sent to Acting FBI Director Andrew McCabe, seeking any notes or memorandum prepared by the former Director regarding any communications he may have had with senior White House and Department of Justice officials related to investigations into Russia’s efforts," Chairman Richard Burr released Wednesday.

The request comes after the New York Times published a story Tuesday night alleging President Trump told Comey to "let go" of the FBI's investigation into former National Security Advisor Michael Flynn. According to the story, Comey documented the conversation in memos.

During testimony in front of the Senate Intelligence Committee last week, Acting FBI Director Andrew McCabe said there have been no efforts to obstruct or impede the bureau's investigation into Russian meddling in the 2016 presidential election.