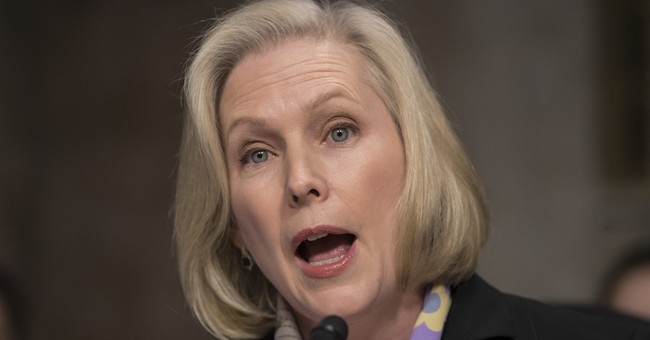 In 2015 the Hearing Protection Act, which would deregulate suppressors and remove a $200 per unit ATF tax, was introduced into the House. Since then, a few different versions have been up for consideration. Now that Republicans are the majority in Congress and with a Republican sitting in the White House, the bill has a decent chance of passing.

Not surprisingly, gun control zealots are opposed to the bill for all the wrong reasons. On Tuesday, New York Senator Kirsten Gillibrand falsely claimed witnesses can't hear gun shots that come from suppressed firearms and argued deregulating this piece of hardware would make it more difficult for law enforcement to solve crimes.

When someone gets shot by a gun with a silencer, it's quiet. Witnesses might not hear. Police will be less likely to track down the shooter.

How can we end violence in our communities if criminals can get easy access to equipment that'd make it hard for police to solve gun crimes?

These claims are of course totally false. Suppressors, also known as "silencers," don't completely eliminate the sound of a gun shot. Instead, suppressors bring down the sound to levels that don't damage hearing. They also limit recoil. There is nothing quiet about a suppressor, they simply make a gun less loud.

Gillibrand was quickly confronted by the bill's original sponsor Congressman Jeff Duncan about her statements, who invited her to educate herself at the range.

.@SenGillibrand this is my bill. You seem misinformed. I'd love to invite you to a firing range to demonstrate them first hand. Interested? https://t.co/Uk0Ky4pZhy

Check out this report from the Daily Signal's Kelsey Harkness on how suppressors really work.