Bipartisan Vote of No Confidence: The Head of DEA is Totally Incompetent Over This Colombian Hooker Stuff 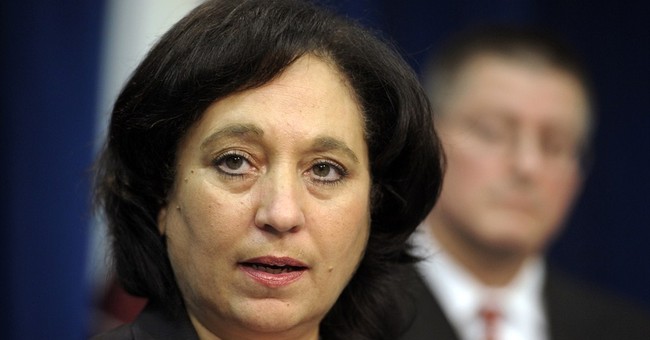 After a contentious hearing on Capitol Hill earlier this week with few answers, the Oversight Committee has issued a bipartisan vote of no confidence for Drug Enforcement Administrator Michele Leonhart over her handling of DEA agents who hired Colombian hookers and attended sex parties paid for by drug cartels.

“After over a decade of serving in top leadership positions at DEA, Administrator Leonhart has been woefully unable to change or positively influence the pervasive “good old boy” culture that exists throughout the agency. From her testimony, it is clear that she lacks the authority and will to make the tough decisions required to hold those accountable who compromise national security and bring disgrace to their position," a joint statement issued by 20 Republicans and Democrats on the Committee states. "Ms. Leonhart has lost the confidence of this Committee to initiate the necessary reforms to restore the reputation of a vital agency.”

Leonhart argued during questioning Tuesday that she couldn't fire or recommend penalties for agents involved in the cartel prostitution scandal due to federal regulations, civil service law, rules and bureaucracy.

Drug Enforcement Administration (DEA) Administrator Michele Leonhart said she is "offended by the behavior" of DEA agents who engaged in prostitution and sex parties while working on the taxpayers' dime.

But Leonhart told the House Oversight Committee on Tuesday there's nothing she can do about it except to write memos stating that "these kinds of behaviors require significant discipline."

During the hearing, DOJ Inspector General Michael Horowitz agreed that Leonhart is unable to directly fire agents for misconduct.

Last week Attorney General Eric Holder sent a letter to DOJ employees telling them to knock it off with foreign prostitutes, especially when they're paid for by the very people agents are supposed to be arresting.