Despite Promises From Congress and White House, Veteran's Affairs Hasn't Been Fixed 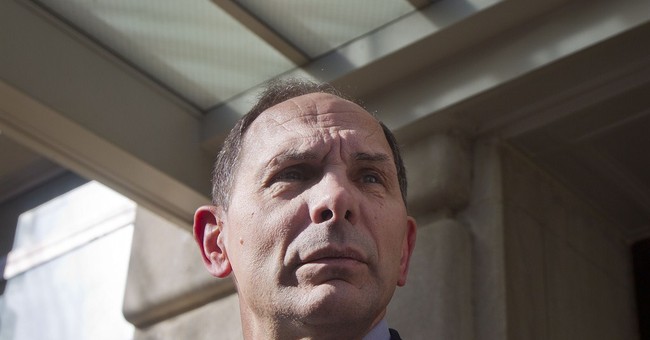 Despite numerous hearings and promises from Congress and feigned outrage from the White House, the Veteran's Affairs system, whose wait times have left more than 1000 veterans dead, hasn't been fixed. More from the AP:

A year after Americans recoiled at revelations that sick veterans were getting sicker while languishing on waiting lists, VA statistics show that the number of patients facing long waits has not declined, even after Congress gave the department an extra $16.3 billion last summer to shorten waits for care.

Nearly 894,000 appointments completed at VA medical facilities from Aug. 1 to Feb. 28 failed to meet the health system's timeliness goal, which calls for patients to be seen within 30 days. More than a quarter of those appointments involved a delay of longer than 60 days.

An extra $16.9 billion in extra funding and the problem still isn't remotely close to being fixed? Where is that money going? Last year VA Chief Bob McDonald argued an increase in funding was needed to hire new doctors, nurses and other medical personnel to work in clinics.

"We need tens of thousands of new doctors, new nurses, new clinicians," he said in September 2014.


The increase in funding but lack of improved conditions for veterans waiting for healthcare only proves that it's the culture in VA hospitals across the country that needs to change.

As a reminder, before the VA scandal broke last summer liberals were touting it as a perfect example of government run healthcare and used it to justify support for Obamacare.