Showdown Between White House, Democrats and Republicans Over Iran Just Got Uglier 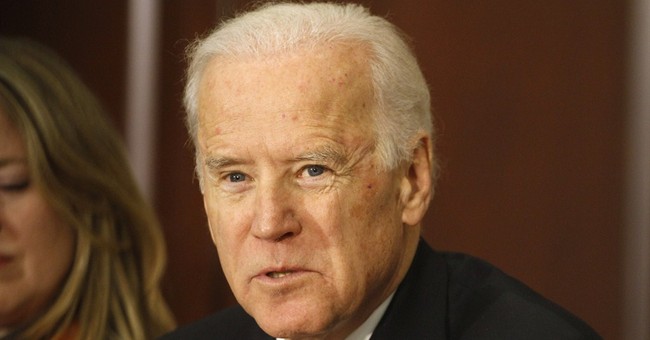 The showdown between the White House, Democrats and Republicans just got a whole lot uglier.

As a refresher, controversy between the White House and Republicans on Capitol Hill started in January when House Speaker John Boehner invited Israeli Prime Minister Benjamin Netanyahu to address a joint session of Congress and to warn the world about the threat of a nuclear Iran. Boehner did this without first consulting the White House. After Netanyahu accepted the invitation and delivered his speech last week, former House Speaker Nancy Pelosi claimed she nearly cried because she was so offended. Leading up to the speech, White House National Security Advisor Susan Rice claimed Netanyahu's speech would "tear at the fabric" of the U.S.-Israeli relationship while other White House officials warned his remarks could torpedo U.S. talks with Iran over a deal regarding their nuclear program.

The latest clash comes after 47 Senators sent a letter directly to Iranian leaders yesterday explaining that the President of the United States doesn't have unilateral authority to make a deal with the regime. They also warned if President Obama acts alone and doesn't consult Congress before making a deal, the deal will be considered temporary.

"It has come to our attention while observing your nuclear negotiations with our government that you may not fully understand our constitutional system. Thus, we are writing to bring to your attention two features of our Constitution -- the power to make binding international agreements and the different character of federal offices -- which you should seriously consider as negotiations progress," the letter states. "What these two constitutional provisions mean is that we will consider any agreement regarding your nuclear-weapons program that is not approved by the Congress as nothing more than an executive agreement between President Obama and Ayatollah Khamenei. The next president could revoke such an executive agreement with the stroke of a pen and future Congresses could modify the terms of the agreement at any time."

In response, Vice President Joe Biden sent a scathing letter to Republicans late Monday, accusing them of undermining the dignity of the Senate, offending him personally and disrespecting President Obama for contacting the Iranian government directly. Biden also argued many international negotiations are done without the approval or consent of Congress.

"I served in the United States Senate for thirty-six years. I believe deeply in its traditions, in its value as an institution, and in its indispensable constitutional role in the conduct of our foreign policy. The letter sent on March 9th by forty-seven Republican Senators to the Islamic Republic of Iran, expressly designed to undercut a sitting President in the midst of sensitive international negotiations, is beneath the dignity of an institution I revere. This letter, in the guise of a constitutional lesson, ignores two centuries of precedent and threatens to undermine the ability of any future American President, whether Democrat or Republican, to negotiate with other nations on behalf of the United States. Honorable people can disagree over policy. But this is no way to make America safer or stronger," Biden wrote to the Senators. "In thirty-six years in the United States Senate, I cannot recall another instance in which Senators wrote directly to advise another country—much less a longtime foreign adversary— that the President does not have the constitutional authority to reach a meaningful understanding with them. This letter sends a highly misleading signal to friend and foe alike that that our Commander-in-Chief cannot deliver on America’s commitments—a message that is as false as it is dangerous. The decision to undercut our President and circumvent our constitutional system offends me as a matter of principle. As a matter of policy, the letter and its authors have also offered no viable alternative to the diplomatic resolution with Iran that their letter seeks to undermine."

Last night, President Obama accused Republicans of aligning themselves with Iranian "hardliners" for sending the letter.

“I think it’s somewhat ironic to see some members for Congress wanting to make common cause with the hard-liners in Iran,” Obama said. “It’s an unusual coalition.”


The White House has been clear that any deal with Iran will not be a treaty and therefore will not require ratification from Congress.

Meanwhile the Iranians who fund the world's largest terror organization, Hezbollah, continue their nuclear secrecy and goals of wiping Israel off the map.