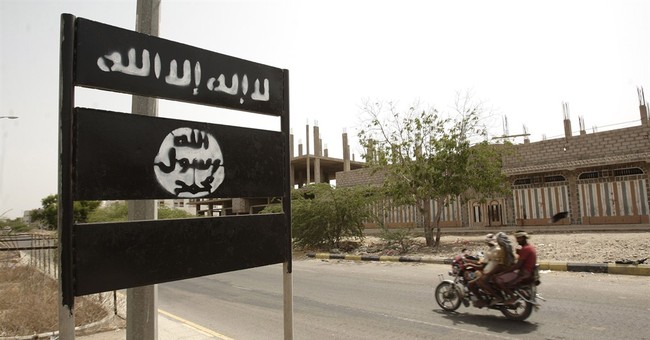 The Department of Defense announced Wednesday that five Yemeni terror suspects held at Guantanamo Bay had been transferred out of the facility, despite renewed concerns from lawmakers about the risks of releasing detainees.

The newly transferred prisoners had been held for more than a dozen years. The men had been cleared for release since at least 2009, but the U.S. has balked at repatriating Guantanamo prisoners back to Yemen, where the government is battling an Al Qaeda insurgency.

All five were captured in Pakistan and detained by the U.S. as suspected Al Qaeda fighters.


This release comes six months after the Obama administration's decision to swap the infamous "Taliban Five" for Army deserter Bowe Bergdahl. The Administration's GITMO strategy of releasing prisoners, many of whom are deemed high-risk, is a back-door way to shut it down. Only 122 prisoners remain.

Republican Senator Kelly Ayotte is planning to introduce legislation by the end of the week that would require the adminstration to go through Congress in order to get permission to release additional detainees.

"What is damaging is the 30 percent of Guantanamo detainees that have been released that are suspected or have actually gotten back into the battle against our soldiers and our allies. Because I think the worst thing is that our men and women in uniform ever have to confront someone we had captured before," Ayotte said in an interview with The Kelly File earlier this week. "The detainees that are being released by the administration, many of them were designated high risk. That means high risk for reengagement for terrorism. That's where the focus needs to be, not in the president trying to fulfill a campaign promise. It has to be on protecting the American people, and our troops and our allies."

Al Qaeda in Yemen has taken responsibility for planning, financing and carrying out the attack on newspaper Charlie Hebdo last week and was responsible for a recent truck bomb that killed 30 in a crowded market place.