Obama to Host Lunch With Lawmakers at the White House Today 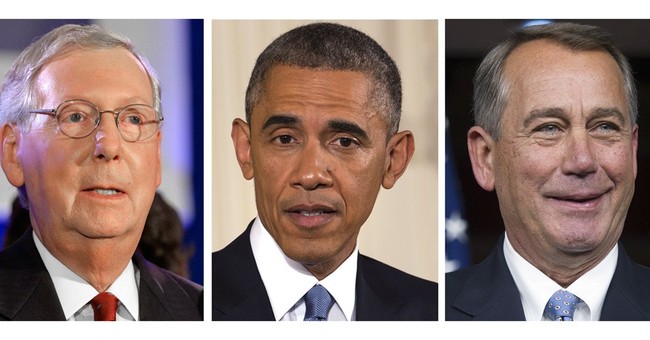 After Tuesday's bruising defeat for Democrats, President Obama will host lunch at the White House today with lawmakers from both sides of the political aisle in an effort to move forward in Washington before the new Congress starts in January.

Most notably House Speaker John Boehner and Senator Mitch McConnell, who will be voted majority leader next week, will be in attendance.

Late Tuesday evening after election results were in showing Republicans had regained power in the Senate, a story in POLITICO reported President Obama has no plans to pivot on his agenda or come to the middle on issues. Remarks made at a press conference President Obama held on Wednesday to discuss the outcome of the midterms indicated the same.

Tensions in the room could be high as Obama continues to threaten executive action on illegal immigration, a move both Boehner and McConnell have said will "poison the well." President Obama said earlier this week he will ask the new Congress for authorization to fight ISIS and for more aid to fight Ebola in Africa. Boehner and McConnell have already expressed a desire to get the Keystone pipeline built and to repeal unpopular parts of Obamacare.