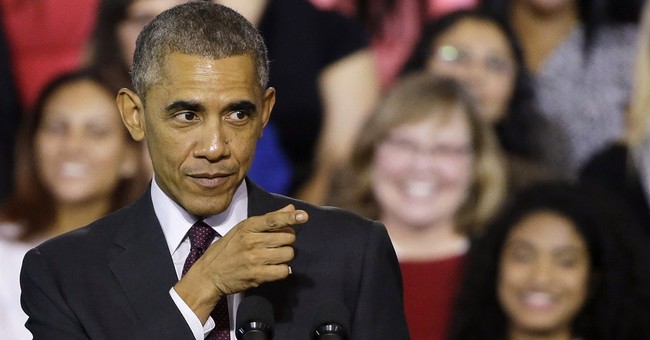 Over the weekend President Obama issued the following statement in honor of the first-annual International Day to End Impunity for Crimes Against Journalists.

"History shows that a free press remains a critical foundation for prosperous, open, and secure societies, allowing citizens to access information and hold their governments accountable. Indeed, the Universal Declaration of Human Rights reiterates the fundamental principle that every person has the right “to seek, receive, and impart information and ideas through any media and regardless of frontiers.” Each and every day, brave journalists make extraordinary risks to bring us stories we otherwise would not hear - exposing corruption, asking tough questions, or bearing witness to the dignity of innocent men, women and children suffering the horrors of war. In this service to humanity, hundreds of journalists have been killed in the past decade alone, while countless more have been harassed, threatened, imprisoned, and tortured. In the overwhelming majority of these cases, the perpetrators of these crimes against journalists go unpunished," Obama said. "All governments must protect the ability of journalists to write and speak freely. On this first-ever International Day to End Impunity for Crimes against Journalists, the United States commends the priceless contributions by journalists to the freedom and security of us all, shining light into the darkness and giving voice to the voiceless. We honor the sacrifices so many journalists have made in their quest for the truth, and demand accountability for those who have committed crimes against journalists."

History shows that a free press remains a critical foundation for prosperous, open, and secure societies, allowing citizens to access information and hold their governments accountable? All governments must protect the ability of journalists to write and speak freely? Does that include the United States?

As a reminder, President Obama is the most anti-free press, "control freak" president in history according to reporters from all different kinds of media outlets, including the New York Times , The Washington Post and USA Today. President Obama has used the Espionage Act to prosecute more sources than any other president and his Department of Justice has not only monitored the phones and emails of dozens of reports from the Associated Press and a number of other outlets, but went so far as naming Fox News' Chief Washington Correspondent James Rosen as a criminal co-conspirator during a leak investigation.

Currently the United States is listed as 46th on the Reporters Without Borders Press Freedom Index behind countries like Botswana, Ghana and the United Kingdom. President Obama's statement is not only garbage, it's government propaganda a free press is designed to protect against.