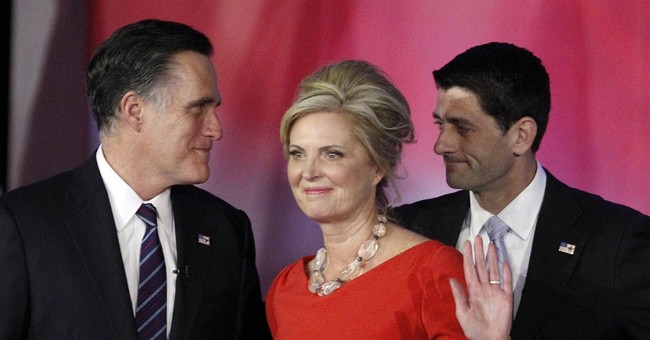 As talk surrounding the 2016 presidential race continues to heat up, some on the right have suggested former Governor Mitt Romney should try for a third time to win the White House. Hugh Hewitt just wrote a lengthy piece for POLITICO Magazine explaining why. Back in June a Suffolk University/Boston Herald poll showed Romney as the front runner for 2016 in New Hampshire.

But will he really try for a third time? According to his wife Ann Romney, another presidential campaign isn't something in the works...right now anyway. She sat down with Fox News' Neil Cavuto yesterday to discuss what's happening in the world today, how her husband would have handled things if he had won and answered questions about rumors of a 2016 run.