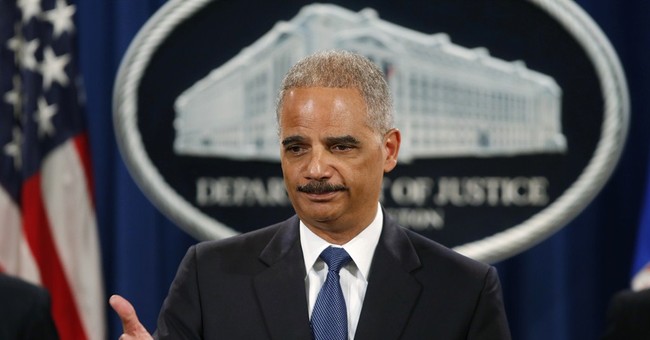 Two years ago government watchdog Judicial Watch submitted a Freedom of Information Act request surrounding materials about Operation Fast and Furious to the Department of Justice. At the time, DOJ officials failed to respond, so Judicial Watch sued. Because of the ongoing conflict between the House Oversight Committee and the Department of Justice, a judge granted a brief stay preventing a FOIA lawsuit from moving forward. That stay was issued 18 months ago.

Now, after two years of that "brief" stay, stonewalling and non-response, Judicial Watch has asked for the stay to be lifted. Further, Judicial Watch is asking the Department of Justice to provide documentation and explanation about why they're refusing to turn over documents outlined in the original FOIA request.

"Although the Department and the Court may have anticipated that the stay of proceedings would be temporary and brief, it has become anything but that. In three weeks, it will have been two years since Judicial Watch sent its FOIA request, more than 21 months since Judicial Watch filed its lawsuit, and 16 months since the Court stayed the proceedings," a submitted request states. "There is no dispute that Judicial Watch has a statutory right to request and receive all non-exempt records responsive to its FOIA request."

The request also argues that a settlement between DOJ and Congress about the release of Fast and Furious documents and President Obama's executive privilege is nowhere close to being complete and that stay should be lifted immediately.