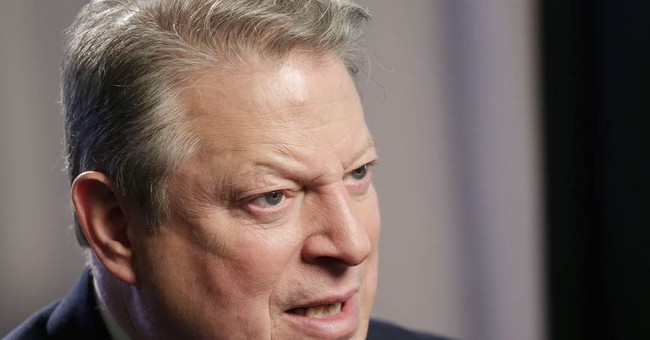 Paging Al Gore. The Farmer's Almanac, which is right 80 percent of the time, is predicting a horribly cold winter as the Obama administration prepares to run around Congress to combat global warming.

The Farmers' Almanac is using words like "piercing cold," "bitterly cold" and "biting cold" to describe the upcoming winter. And if its predictions are right, the first outdoor Super Bowl in years will be a messy "Storm Bowl."Welcome to EditPad.org - your online plain text editor. Enter or paste your text here. To download and save it, click on the button below.

"We're using a very strong four-letter word to describe this winter, which is C-O-L-D. It's going to be very cold," said Sandi Duncan, managing editor.


Now, back to the Congressional run around. The Obama administration is notorious for using federal agencies to push through the President's agenda via regulation in order to please his base. Combating global warming climate change is no exception.

The success of President Obama's second-term climate agenda hinges on a set of regulations now in the works at the Environmental Protection Agency.

His plan to combat global warming through new emissions standards and a shift toward increased renewable energy faces serious opposition from business groups, and Congress is steeling for battle.

But if the regulations survive the attacks — and subsequent legal challenges — they could amount to one of the president's most consequential initiatives, his supporters say.

As a side note, the Keystone pipeline just got delayed again.