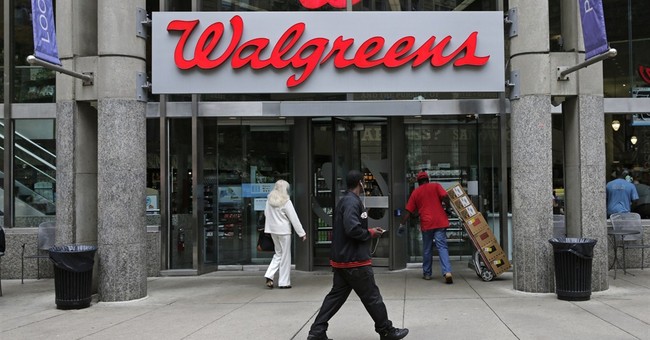 It looks like “the corner of happy and healthy” will remain right here in the good ol’ U.S. of A.

After much speculation, Walgreen Co. has announced that it will keep its headquarters in the Chicago area despite its $15.3 billion acquisition of Swiss-based Alliance Boots. Walgreen currently owns 45 percent of the European pharmacy chain and will purchase the remaining 55 percent over the course of the next three years.

As I’ve noted before, lawmakers are becoming more and more concerned about tax inversion, the increasingly popular strategy by which American companies buy foreign businesses in order to dodge our nation’s steep corporate tax rates.

CBS reports that “Walgreen cited ‘ongoing public reaction’ as a reason it ruled against the strategy, given its ‘unique role as an iconic American consumer retail company.’” This may certainly be valid considering nearly 300,000 people have signed an online petition threatening to shop elsewhere if Walgreen changes its address.

The drug store giant’s president and CEO also expressed doubt that the IRS would even allow such a deal to occur. Forbes explains:

Walgreen CEO Gregory Wasson said the board was not confident that such a symbolic tax inversion deal could withstand extensive review from the Internal Revenue Service. “The company concluded it was not in the best long-term interest of our shareholders to attempt to re-domicile outside the U.S,” Wasson said in a statement.

Chicago Tribune has more on the complexity of Walgreen's 2012 agreement:

[Wasson] said Walgreen and Alliance Boots would have had to scrap their 2012 agreement and rework it entirely to structure the deal so that it would qualify for an inversion, a maneuver that potentially could have added hundreds of millions of dollars annually to the combined company’s bottom line.

Shareholders such as Och-Ziff Capital Management and Jana Partners encouraged Walgreen to relocate to no prevail. As predicted, shares dropped 4 percent on Tuesday afternoon and another 15 percent this morning.

Forty-seven American companies have moved overseas within the past decade. Nearly a dozen more are planning to do so. Walgreen Co. is a house-hold name and is therefore subject to more scrutiny than other businesses. Just because Walgreen has decided against inversion does not mean that other corporations will do the same.