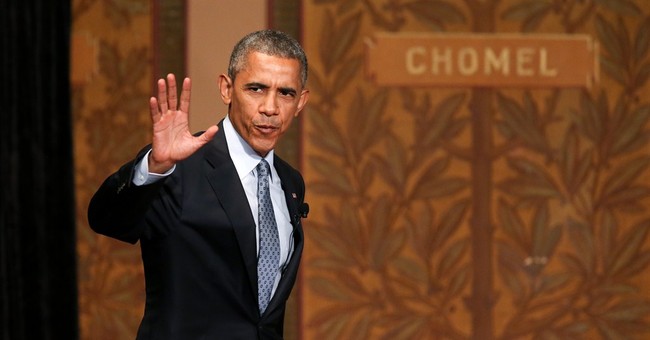 An all-star panel of public intellectuals and public servants convened at Georgetown University on Tuesday for the "Catholic-Evangelical Leadership Summit on Overcoming Poverty" to discuss reducing poverty and income inequality in America. Moderated by The Washington Post’s E.J. Dionne, American Enterprise Institute (AEI) President Arthur C. Brooks, Harvard professor Robert Putnam, and President Obama all joined in the discussion, which lasted some 90 minutes. For his part, Georgetown's president, John J. DeGioia, underscored why the coming dialogue was so important and timely in his introductory remarks.

“All told, more than 45 million people in the United States are living in poverty,” he said. “The human cost—the moral cost—of this issue is pervasive and demands our most serious attention. We all have a stake.”

Indeed, that sentiment characterized the tone of the entire discussion. And while some of the panelists disagreed on how to solve poverty in America, all agreed that tackling it was a moral imperative that deserves immediate and ample attention.

“Part of the reason I thought this venue would be useful—and I wanted to have a dialogue with Bob and Arthur—is that we have been stuck in a debate that creates a couple of straw men,” the president began, referring to the fact that conservatives and progressives oftentimes demonize each other over this issue.

“The truth is more complicated,” he clarified.

Nevertheless, he went a step further, urging those watching interested in social justice to be on their guard against succumbing to the duel torments of despair and cynicism.

“I also want to emphasize that we can do something about these issues,” he declared. “I think it is a mistake for us to suggest that somehow every effort we make has failed and we are powerless to address poverty. That’s just not true. First of all, just in absolute terms, the poverty rate—when you take into account tax and transfer programs—has been reduced by about 40 percent since 1967. Now, that does not lessen our concern about communities where poverty remains chronic. It does suggest, though, that we have been able to lessen poverty when we decide we want to do something about it.”

And yet, as Arthur C. Brooks suggested, ending poverty requires a new sort of public discourse, both in the ways in which progressives and conservatives talk about poverty, as well as those affected by it.

“We have a grave tendency on both the Left and Right to talk about poor people as ‘the other,'” he said. “Remember in Matthew 25? These are our brothers and sisters.”

“Just because people are on public assistance doesn’t mean they want to be on public assistance,” Brooks added. “That’s an important matter to remember about the motivations of people. And then the question is how can we come together? I have indeed written that it’s time to declare peace on the safety net. And I say that as a political conservative. Why? Because Ronald Reagan said that. Because Friedrich Hayek said. This is not a radical position.”

“In fact, the social safety net is one of the greatest achievement of free enterprise,” he continued. “That we can have the wealth and largesse, as a society, that we can help take care of people who we’ve never even met—it’s ahistoric. It’s never happened before. We should be proud of that.”

Meanwhile, the president also suggested that there is another policy idea, related to poverty, that conservatives and progressives can agree on.

“First of all, I think we can all stipulate that the best anti-poverty program is a job, which confers not just income but structure and dignity,” he said. “Which means we need to spend time thinking about the macro economy.”

“Now, what has happened is that since 1973, over the last 40 years, the share of income going to the bottom 90 percent has shrunk from about 65 percent down to about 53 percent,” he continued. “And so we can’t have a conversation about poverty without talking about what’s happening to the middle class, and the ladders of opportunity into the middle class.”

“If, in fact, we are going to find common ground,” he continued, “then we also have to acknowledge that there are certain investments we are willing to make as a society.”