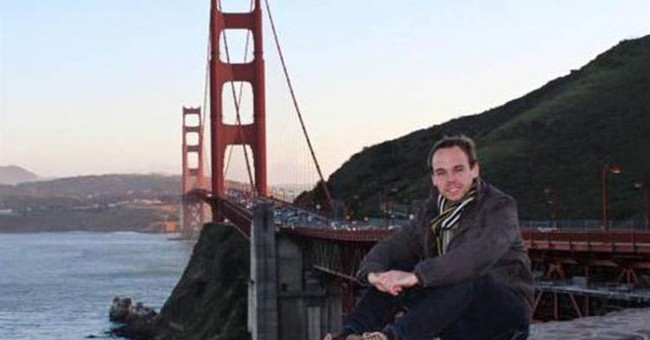 One of many questions that have surfaced after German pilot Andrea Lubitz allegedly drove a commercial airliner into a mountain in Southern France last week is whether or not he planned to carry out such a despicable act of cowardice in advance. Bearing in mind the obvious caveat that the investigation is still underway – and investigators can never know with absolute certainty what happened – the preliminary evidence suggests that it was.

The co-pilot at the controls of the Germanwings airliner that crashed into the French Alps last week had been searching the Internet in the days immediately leading up to the crash for information about how to commit suicide and the security measures for cockpit doors, prosecutors said here on Thursday. …

“During this time the user was searching for medical treatments, as well as informing himself about ways and possibilities of killing himself,” they said in a statement.

“On at least one day the person concerned also spent several minutes looking up search terms about cockpit doors and their safety measures,” the statement said.

Strangely, as the flight descended during those eight minutes of desperation, Lubitz remained eerily silent. As far as investigators can surmise, he was breathing calmly and relatively serene until the moment of impact. Investigators, meanwhile, have also concluded that the flight’s captain was locked out of the cockpit, and attempted to use several objects to regain entry when he discovered what was happening. Finally, we also know Lubitz suffered from “severe depression” – a medical condition the company he worked for apparently knew about.

Given these facts – as well as new details that Lubitz was both 'Googling' ways to off himself and the security mechanisms of cockpit doors – is there any doubt that he committed this treacherous act of mass murder? As it happens, there is:

Friends of Germanwings pilot Andreas Lubitz say he is being framed as a murderer in the plane crash that killed 150 on board a flight last week from Barcelona, Spain, to Düsseldorf, Germany. His supporters have established a Facebook page titled (in German) “Andreas Lubitz A320, we are against the hunt” to share their theories about the causes of the March 24 crash in the French Alps, the Daily Mail reported. Several commenters on the page have said investigators' statements that Lubitz, 27, intentionally crashed the plane are part of a cover-up by Germanwings parent company Lufthansa to hide mechanical issues that may have resulted in the crash.

This would be one hell of a cover up. The evidence, however, strongly suggests that Lubitz was solely responsible for what happened.

Defending him by eliding – or even inventing – certain facts does not necessarily make him innocent.
Trump Wants Names of Congressional Republicans Who Say Biden Won the Election
Bronson Stocking
McConaughey, Russell Brand Sound Off on the Left's Elitist Attitude Toward Trump Voters
Cortney O'Brien
Biden and Harris Aren't Backing Down From This Controversial Cabinet Pick
Bronson Stocking