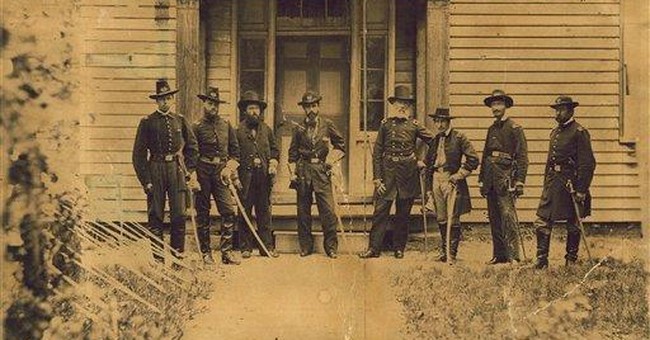 The Battle of Gettysburg has been inscribed in the hearts of all Americans. From curious schoolchildren to the most distinguished scholars, it is as well-known as any battle in American history.

It was, after all, the turning point of the war, and its bloody aftermath a belated – and hopeful – sign that the insurrectionists could be defeated. After years of military setbacks and incompetence in the field, General Robert E. Lee had finally been thwarted. Momentum, it seemed, had shifted.

But victory did not come easily. Several months after the battle ended, for example, President Abraham Lincoln was invited and attended the dedication ceremony at Gettysburg to honor all those who–as he put it–“gave their lives” in defense of the Union. On those hallowed grounds, he spoke movingly about their heroism and sacrifice.

“The world will little note, nor long remember what we say here,” he declared. “But it can never forget what they did here.”

And of course, it never did. Nor did the U.S. government.

Today, for example, Army First Lieutenant Alonzo H. Cushing – who perished at Gettysburg – will soon be posthumously awarded the Medal of Honor. The Washington Post has the details:

First Lt. Alonzo H. Cushing was bleeding profusely from wounds to his abdomen and shoulder as thousands of Confederate infantrymen advanced on his artillery battery in the Battle of Gettysburg. At least one of his soldiers begged him to seek medical treatment, but he refused. He stayed on the battlefield another 90 minutes while under attack, ordering his men to keep firing their three-inch cannons right up until the moment that he was killed with a gunshot to the head.

The Union Army’s ability to stop that assault by at least 13,000 soldiers — known as Pickett’s Charge, after a Confederate general who led rebel troops taking part in it — is a key part of the Civil War’s most iconic battle. But the heroism of Cushing, 22, on July 3, 1863, was not honored with the nation’s highest award for combat valor, even though 63 other Union soldiers received the prestigious decoration.

U.S. officials will rectify that Thursday.

It took much persistence and many years to get the medal approved. But thankfully, it finally was.