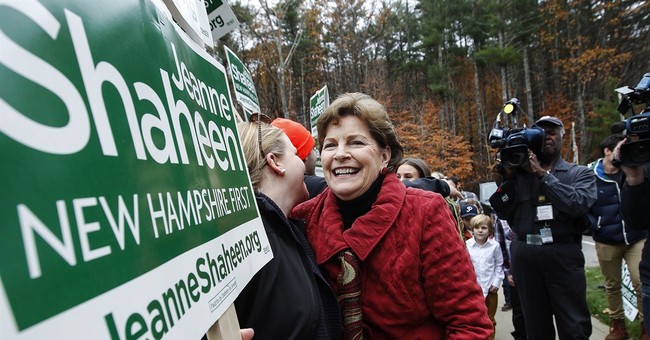 ABC News first called the race for Shaheen. When they did, many media outlets hedged their bets and refused to also declare her the winner because the results were so close. Moments ago, however, the Associated Press weighed in and handed down their verdict: Brown lost. The Republican hopeful kept it close, but in the end Shaheen was able to hang on:

As of this writing, Fox News has not yet declared Shaheen the winner.

UPDATE: They just did.

UPDATE: Scott Brown has not yet conceded and the Boston Globe maintains the race is still too close to call. Serious question: Could the media have got this wrong? Hmmmm.

UPDATE: All the drama was for nought. Brown concedes: