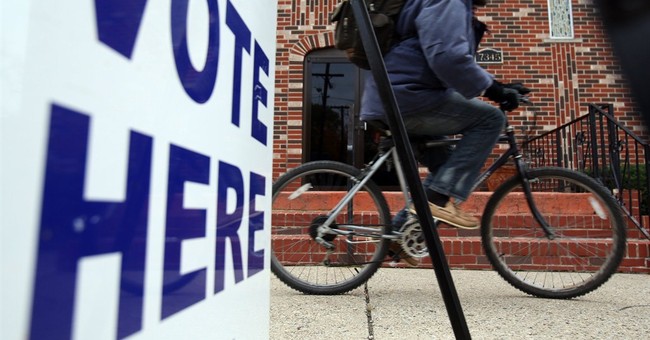 Before we get to the poll itself there are some obvious caveats worth repeating. For starters, it’s not set in stone that 2014 will be a wave election year. Nor is it a foregone conclusion that Republicans will flip majority-control of the U.S. Senate. What we can say with some degree of certainty, however, is that self-described Republicans are much more enthusiastic about voting this fall than Democrats:

A new NBC News/Wall Street Journal/Annenberg poll shows that 54 percent of Republicans say they’re highly interested in the upcoming elections, compared to 44 percent of Democrats who say the same.

Another way to look at the GOP intensity advantage: Democrats hold a four-point lead on the generic ballot, 46 percent to 42 percent. But among high-interest voters, Republicans have the edge, 51 percent to 43 percent.

“Off-year elections are about intensity, which becomes a question of which set of voters cares most,” said Democratic pollster Peter Hart. “In the opening lap of the general election, the GOP is winning.”

It means, I think, that even though respondents are much more likely to self-identify with the “conservative” label, the D+8 sample nevertheless greatly favors Democrats. (As a side note, however, it’s increasingly improbable that Democratic turnout will be this high in November, in part because many millennials aren't expected to vote).

Still, the question remains: Will Republicans keep their eyes on the prize and stay engaged through November 4? The answer to that question, after all, will greatly determine how many seats Republicans ultimately pick up.