FBI: We Think the Foley Video Might Be Genuine 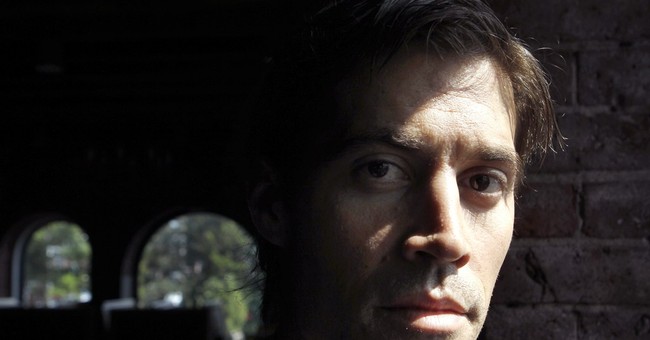 The video in question has already been taken down from YouTube. Nevertheless, after analyzing and appraising its authenticity, the FBI has reportedly reached this tragic conclusion: it’s real.

The FBI believes the Islamic State video purporting to show the beheading of American journalist James Foley is authentic, GlobalPost reported on Wednesday.

"The FBI on Wednesday morning told the Foley family they believe the video is authentic," according to GlobalPost, a Boston-based online publication that employed Foley as a freelancer.

U.S. President Barack Obama, who is on vacation on the Massachusetts island of Martha's Vineyard, is likely to comment on the video later in the day, a U.S. official told Reuters.

U.S. authorities had previously said they were trying to verify the contents of the video, which was released on Tuesday.

Remember, we haven’t received any official confirmation that the man executed in the video is James Foley. But if the FBI is supposedly already telling Foley’s family the rumors are true, that’s an ominous sign. Presumably, too, when the president updates the nation today at 12:45 PM EST (or, perhaps more realistically, 1:15 PM or later) we’ll know more about what happened.

Sit tight for our write-up.

UPDATE: U.S. intelligence has confirmed the video is genuine.