Smart: The DCCC Endorsed a Congressional Candidate…Who Can’t Legally Run as a Democrat 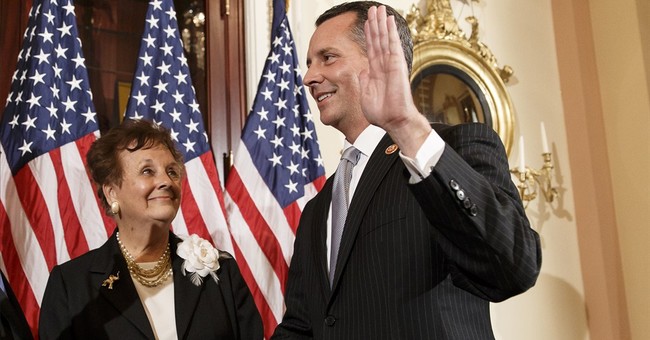 The bellwether election in Florida’s 13th Congressional District last month was a huge victory for House Republicans. Rep. David Jolly (R-FL) defeated Democrat Alex Sink, his well-funded and well-known opponent, who narrowly lost the race for Florida’s governorship in 2010. Obamacare, of course, was the central issue in the campaign; Jolly ran to repeal it while his opponent did not. Instead, she wanted to “fix it.” Jolly squeaked out a victory by less than 4,000 votes.

More recently, however, Democrats faced a huge setback when Sink later announced she would not challenge Rep. Jolly this fall. This in turn left the Democratic Congressional Campaign Committee scrambling for a candidate to endorse. They rejected one possible contender -- who, incidentally, was strong-armed and bullied out of running after already declaring his bid -- and instead settled on a different candidate. A candidate, as it happens, who can’t legally or officially run as a member of the Democratic Party:

Unable to find a candidate registered long enough to run as a Democrat in Florida’s 13th Congressional District, the Democratic Congressional Campaign Committee announced this afternoon that it is supporting Colonel Ed Jany.

Jany will have to run as an NPA candidate, with the support of the Democratic Party, because a recently-enacted election law requires candidates for all offices to be registered with the party they are running under 365 days prior to qualifying.

Jany filed his qualifying paperwork with the Florida Division of Elections this morning. Jany will face Republican incumbent David Jolly, who won a special election for the seat on March 11.

“My life has always been about service, honor and bringing people together to get results, but these values are totally missing from Washington, and Pinellas families are paying the price,” said Jany. “When the Republican Congress lost touch with the values of Main Street instead of cutting wasteful spending or helping businesses create jobs, I knew that that the party had left me and so many others behind. I’ve never given up until a mission was done, and I’ll fight everyday until Washington starts putting Pinellas seniors, veterans and middle class families first.”

In fairness, Jany sounds like a strong candidate given his military service and professional experiences. But if he’s not running as a Democrat, what chance does he really have? We'll see.