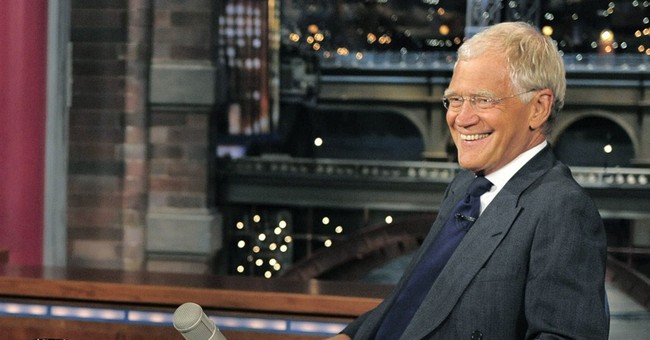 This news first broke yesterday on Twitter. David Letterman, who has worked as a late-night television host for more than 30 years, will follow Jay Leno’s lead and call it quits in 2015. “I just want to reiterate my thanks for the support from the network, all of the people who have worked here, all of the people in the theater, all the people on the staff, everybody at home, thank you very much,” he told his unsuspecting audience. His 22 year run as host of The Late Show, it seems, is coming to an end.

Of course, the media is already speculating as to who will replace him. Possible candidates include, but are not limited to, Craig Ferguson, Ellen DeGeneres, Chelsea Handler, Conan O’Brien, and even Jay Leno. However, as the network owner, Leslie Moonves, said in a statement: “There is only one David Letterman.”

That’s certainly true enough. Check out the clip below:

CNN's Anderson Cooper Attacks Kayleigh McEnany's Husband, Walks It Back After She Dunks Him
Redstate
NY-22: Inside the legal battle over StickyGate and recently discovered ballots
Hotair