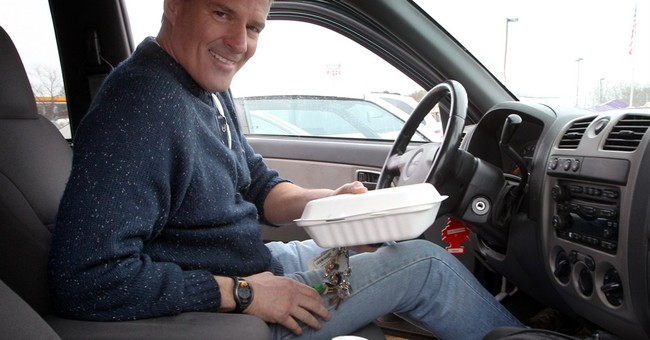 I’ve written at least a half-dozen blog posts speculating as to whether or not ex-Massachusetts Sen. Scott Brown would run for a U.S. Senate seat in New Hampshire. Those days are over, my friends. I can finally write with 100 percent certainty that he is:

Scott Brown has filed paperwork to run for U.S. Senate in New Hampshire.

The paperwork was filed with the Federal Election Commission and has a March 21 date stamp.

Brown announced plans to explore a possible run in the Granite State in March.

The former U.S. Senator from Massachusetts moved back to New Hampshire from Wrentham in December 2013, citing personal reasons. Although he first lived in N.H., Brown has resided in Massachusetts for most of his life.

The Rye resident recently set up an exploratory committee for a possible run.

News 9 had confirmed he is officially in the race for a U.S. Senate seat.

If Brown wins the Republican primary, he would face Sen. Jeanne Shaheen in the general election.

I did some digging and it appears that, according to recent polling, Brown is poised to easily win the Republican primary in September. (I presume most political observers expect he will as well). However, winning the general election will be difficult. Most polls currently show his Democratic opponent, incumbent Sen. Jeanne Shaheen (D-NH), boasting a comfortable, and at times, double digit lead over him, although all surveys to date were conducted before Brown was a declared candidate. Still, while I expect Team Brown to get a slight bump in the polls now that all his chips are on the table, unseating an incumbent is never easy.

Over the weekend, Politico’s James Hohmann posited a few different ways Shaheen will try to “dismantle” Brown before the midterm elections. Hint: she’s going on the offensive:

New Hampshire is as good a bellwether of the national mood as you’re likely to find. In 2006 Democrats won big here as Nancy Pelosi became the House speaker. Four years later, when the tea party took the country by storm, Republicans erased those gains. And in 2012, as Barack Obama was reelected, Democrats took back both of the state’s House seats.

That pattern must worry the senator. She starts with a double-digit lead in recent polls and a $3.4 million war chest, but even her allies acknowledge she could be wiped out by a GOP wave in November if it’s big enough. To survive, she’s seeking to portray herself as independent from Obama; playing up her historic achievements as a woman; and, certainly not least, preparing to rip Brown to shreds.

“I’ve been in this to win since I started the reelection cycle,” she said after a luncheon at the University of New Hampshire law school. “I intend to campaign very hard. I’m sure we will have a robust debate on the issues.”

Sen. Shaheen is the only woman in U.S. history to serve as both a state governor and U.S. Senator, Politico reports. Impressive. So while the issue of Obamacare might wear like an albatross around her neck, she’s a formidable opponent with deep ties to her state. Ties, obviously, Brown doesn’t seem to have.

Therefore, any “carpetbagger” from Massachusetts will struggle to unseat her. Even if a majority of Granite Staters know who he is.