"I Can Die a Happy Man Never Having Been President" 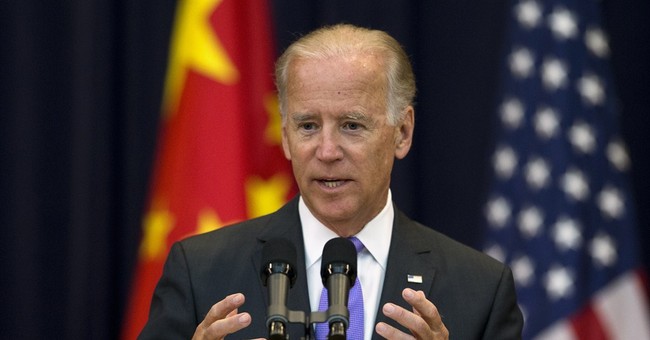 A few days old but here’s a fun and hilarious weekend morning read. Another classic example of Biden being Biden:

Will he or won’t he? GQ Magazine’s newly released profile of Vice President Joe Biden doesn’t answer That Question — will he make a play for the White House in 2016 — but it does make clear that the issue is on his mind. Literally.

“I can die a happy man never having been president of the United States of America,” Biden tells Jeanne Marie Laskas. “But it doesn’t mean I won’t run.”

The piece describes Biden as being “a Hillary Clinton away from the White House” — a nod to the loose Inside-the-Beltway consensus that he won’t run in 2016 if she does. And the voluble veep hints at it, too.

“The judgment I’ll make is, first of all, am I still as full of as much energy as I have now — do I feel this?” he said. “Number two, do I think I’m the best person in the position to move the ball? And, you know, we’ll see where the hell I am.”

“Suppose the economy comes on strong. He’s bound to get credit,” McCain says. “Of course, the State of the Union speech would be the longest in history.”

“Joe Biden doesn’t have a mean bone in his body,” McCain says. “He’s unique in that he’s had some role in every major national-security crisis that his nation has faced in the last thirty-five years.”

And, McCain adds, “look at the number of times he’s been able to conclude agreements. I would say he’s been the most impactful vice president that I’ve known — certainly in modern times.”

If Hillary runs the chances Biden will actually clinch his party’s nomination for president are not very good. Yes, she took a slight hit in the polls over Benghazi, but that’s not going to stand in her way. She’s overwhelmingly the Democrats' hands-on favorite. No one else even comes close. Meanwhile, at 70 years old, Biden’s been in the public eye for more than four decades, and presumably wants to retire at some point to spend time with his wife and kids. No sense running for president (and suffering perhaps a devastating and humiliating defeat) if he can ride into the sunset as (ahem) “the most impactful vice president” in modern history. If he truly means what he says, I highly doubt he'll run if/when Hillary does.