Jon Huntsman Resigns as US Ambassador to Russia, May Be Eyeing A Different Office 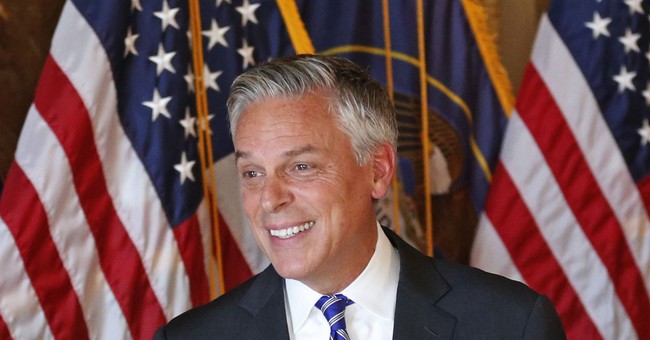 Jon Huntsman, Jr. is stepping down as U.S. ambassador to Russia, a role he filled for nearly two years. He's returning home to Utah and rumor has it he's thinking of giving it another go at governor.

“American citizenship is a privilege and I believe the most basic responsibility in return is service to country,” Huntsman said in his resignation letter to President Trump. “To that end, I am honored by the trust you have placed in me as the United States ambassador to Russia during this historically difficult period in bilateral relations.”

Before serving in the Trump administration, Huntsman was the governor of Utah from 2005 to 2009, before being appointed by President Obama as U.S. ambassador to China. He ran unsuccessfully for president in the 2012 election.

President Trump has not personally reacted to Huntsman's exit, but the White House offered this official statement.

"We appreciate his service to the nation, applaud his dedicated work toward improving the U.S.-Russia relationship, and wish him the best in the next chapter."

"If he decides to run for governor again, it would make me a better candidate," Cox said.