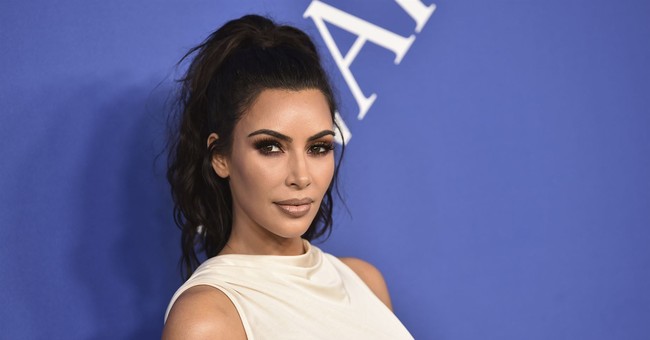 Alice Marie Johnson, 63, was set to be behind bars the rest of her life because of a first time drug conviction. Kim Kardashian West led a campaign on her behalf and even got a meeting with President Trump. He was convinced and gave Johnson a second chance, commuting her sentence. Johnson and Kardashian were elated. In an emotional video capturing her reunion with her family, Johnson thanked President Trump and sang out "Hallelujah!" Kardashian West also thanked Trump on Twitter.

Undoubtedly encouraged by her successful meeting with Trump in June, Kardashian West is now hoping she can secure another individual's freedom. In a new episode of the podcast "Wrongful Conviction," Kardashian West discusses the case of Chris Young, sentenced to life in prison for marijuana and cocaine possession after a 2010 arrest.

"It’s so unfair," she said, according to Page Six, who received an advanced version of the podcast. "He’s 30 years old. He’s been in for almost 10 years.”

"Today at the White House, members of the Administration are hosting a listening session about the clemency process. The discussion is mainly focused on ways to improve that process to ensure deserving cases receive a fair review," Hogan Gidley, a deputy press secretary at the White House, said in a statement.

On Twitter, Kardashian suggested there were many more where Ms. Johnson came from.

It started with Ms. Alice, but looking at her and seeing the faces and learning the stories of the men and women I’ve met inside prisons I knew I couldn’t stop at just one. It’s time for REAL systemic change pic.twitter.com/kdKr8s6lJW