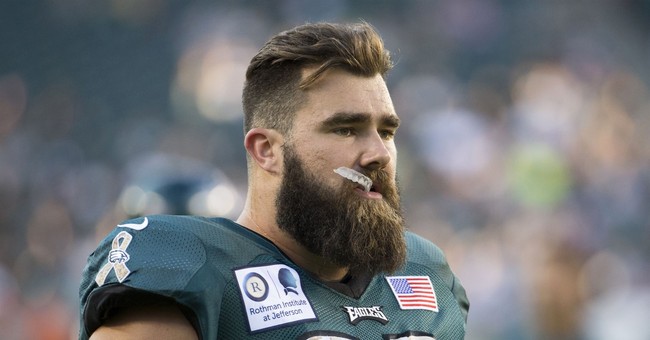 Philadelphia mayor issues statement on Pres. Trump's decision to disinvite the Eagles from White House visit: "Disinviting them from the White House only proves that our President is not a true patriot" https://t.co/yreCrscxkh pic.twitter.com/vJbDD6bCFO

President Trump has disinvited the reigning Supberbowl champions the Philadelphia Eagles from a celebration ceremony at the White House Tuesday. The event was called off so abruptly because a few of the players planned on boycotting it, having taken a stubborn stand on the national anthem protests, the president said in a statement.

Eagles players like safety Malcolm Jenkins, defensive end Chris Long and former wide receiver Torrey Smith refused to show their faces in the White House, disagreeing with Trump's insistence that all players stand during the playing of the national anthem. The team planned to send a smaller delegation, but Trump said don't bother.

The 1,000 fans who planned to visit the White House to celebrate the Eagles' win are still invited, Trump said.

Some Pennsylvania lawmakers extended their own invitations to the victors after Trump's announcement.

I’m proud of what the @Eagles accomplished this year. I’m skipping this political stunt at the White House and just invited the Eagles to Congress. @Eagles How about a tour of the Capitol? https://t.co/niWR7zkSYx