ABC News Had to Issue Another Russia Story Correction 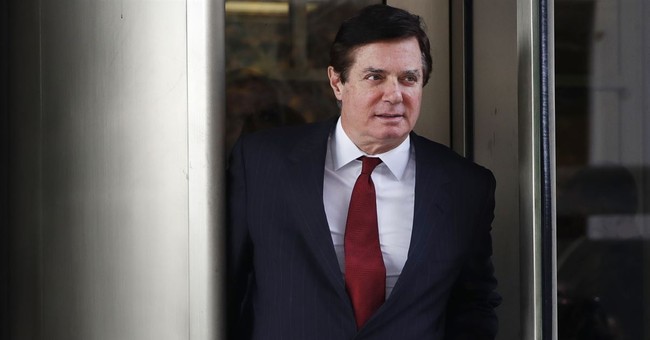 It's not a great week to be on the Russia beat at ABC News. Brian Ross was suspended from the network for his shoddy report declaring that candidate Donald Trump had instructed former national security advisor Michael Flynn to contact the Russians. It turns out it was president-elect Trump who had given Flynn those orders - not exactly a bombshell. ABC corrected its report, but not before The View's Joy Behar ran with the original tale on her program.

Soon after that debacle, the network got a key component of another Russia-related story wrong. The outlet published a report Monday that former Trump campaign chairman Paul Manafort had worked with a Russia intelligence-connected official as late as last week.

Special counsel Robert Mueller’s team is rejecting Paul Manafort’s request to modify his terms of his confinement, because, in an explosive allegation, it says “as late as November 30, 2017, Manafort and a colleague were ghostwriting an editorial in English regarding his political work for Ukraine.”

In a court filing, Mueller’s team says that “Manafort worked on the draft with a long-time Russian colleague of Manafort’s, who is currently based in Russia and assessed to have ties to a Russian intelligence service.”

Moments later, ABC issued a correction noting that it wasn't an official.

Correction: Special prosecutors allege Manafort was working with a Russian intelligence-connected individual as recently as last week, not a Russian intel-connected official. https://t.co/nLAaXVLXmF

Social media users were quick to note the trend.

lol @ABC you’re having a bad few days with this reporting the new gig.

Manafort and his business associate Rick Gates were indicted in October on several counts of money laundering and conspiracy against the United States. The Trump campaign was not mentioned in the charges.

People may disagree on the effectiveness of the network's new policies, but it must be noted ABC is taking steps to address the recent mistakes. In addition to a suspension, the network president James Goldston told his staff that Brian Ross will not be permitted to cover President Trump in the future.