Earnest Suggests Nothing Will Change on Ground After ‘Genocide’ Label, But We Will ‘Investigate’ 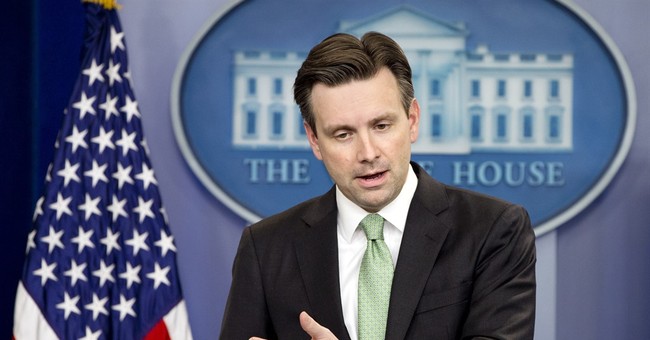 After months of pressure from humanitarian groups, the State Department finally labeled ISIS’ slaughter of Christians and religious minorities genocide. The decision was welcomed by anyone concerned with religious freedom, but the question becomes: Will the White House follow up the label with action?

“Secretary Kerry announced what I thought was a powerful speech,” Earnest said at a White House press briefing on Thursday.

The secretary of state’s using the term “genocide,” Earnest said, is “significant” and “reflects the gravity of the situation.”

This new label, Earnest indicated, will continue to help them build a strong moral case against ISIL and destroy and degrade the organization.

That's all well and good, but does it change anything on the ground, a reporter wondered.

The next step for the United States, Earnest said, is to cooperate with independent efforts to "investigate" genocide.

Again, another reporter wanted to know if he foresees the Obama administration ramping up military action against the terror group.

“The president’s going to rely on the good advice of his military commanders,” Earnest responded, before noting the 10,000 airstrikes they have already launched against ISIL.

“We have had success” in building the military might of our coalition with fighters on the ground “fighting for their own country.” We are making it harder for ISIL to recruit fighters and finance their effort, he continued.

“The military action we have done has been robust.”

The Senate has “no good excuse” not to hold a vote, Earnest insisted.

“Don’t let politics get in the way of doing your job.”

Obama, he said, has given them a golden opportunity to act.

Is it really that golden though? After all, even The New York Times noted that Garland has the potential to make the Supreme Court "the most liberal in decades."