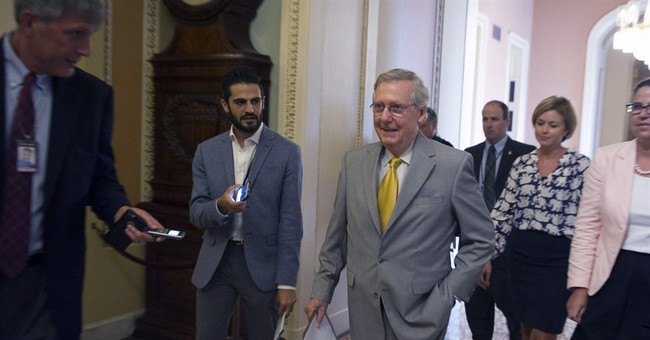 Some of Sen. Rand Paul’s (R-KY) Republican colleagues were unimpressed with his filibuster of the Patriot Act last week. Thanks to his action, three provisions of the national security bill expired, including the NSA’s controversial program to collect data from millions of Americans. Libertarians called it a victory. Republican hawks called it ‘reckless’ – at least that was the term Rudy Giuliani used on Fox News’s “Your World with Neil Cavuto” Monday afternoon.

That paved the way for the updated bill, the USA Freedom Act, which passed the Senate Tuesday with a vote of 67-32.

Before the vote, concerned Republicans worried that the expiration of the Patriot Act would threaten national security, proposed amendments that would slow down the process. Sen. Mitch McConnell (R-KY) said that was only fair:

"Before scrapping an effective system that has helped protect us from attack in favor of an untried one, we should at least work toward securing some modest degree of assurance that the new system can, in fact, actually work," he said.

In today’s Senate debate, McConnell doubled down, saying he “cannot support” the USA Freedom Act it because it “undermines the security” of the country.

Unfortunately for the Majority Leader, all of his introduced amendments failed.

Here is one significant change that separates the USA Freedom Act from its predecessor:

The bill would end the NSA's bulk collection of the phone data of millions of Americans not suspected of any terrorist activity. Instead, phone companies would retain the data and the NSA could obtain targeted information about individuals with permission from a federal court. The bill would renew other provisions of the Patriot Act anti-terrorism law through 2019.

The Patriot Act was enacted after the September 11, 2001 terror attacks that shook our nation to its core. Though intended to safeguard Americans from future terror threats, even its author admitted the program had overstepped its boundaries in breaching Americans’ privacy.

The USA Freedom Act passed the House last month with a vote of 77-11. Now that it has passed its last Senate hurdle, President Obama is expected to sign it into law Tuesday night.